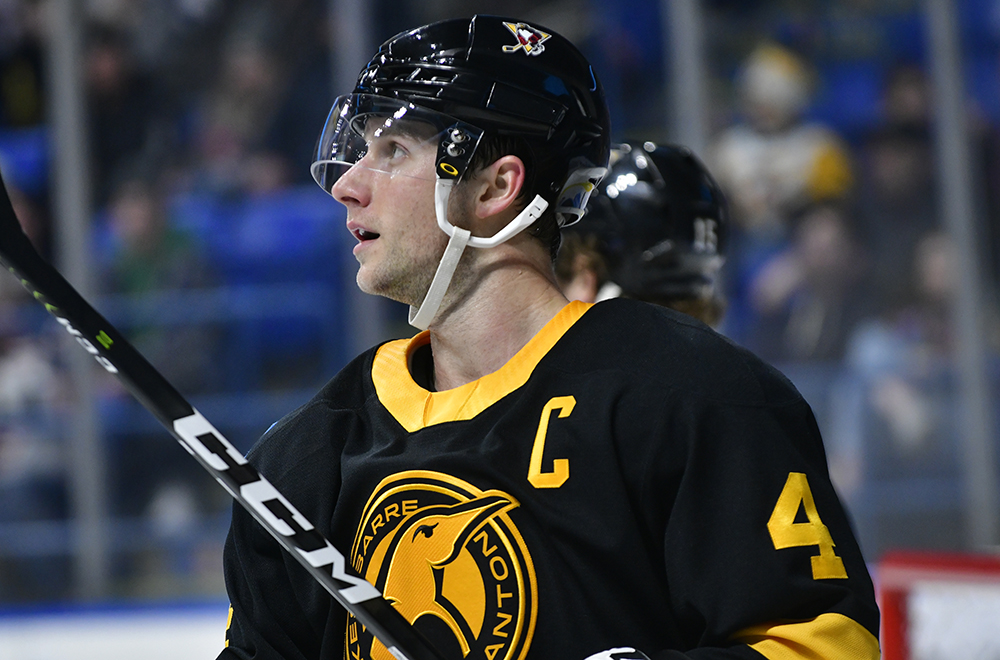 Wilkes-Barre/Scranton (23-21-2-4) saw a two-goal lead dwindle away in the third period, but the team refused to quit. The Penguins tied the game with 72 seconds left in regulation to force OT, setting the stage for Fedun to step into the spotlight on his milestone night.

The Penguins started strong, killing an early penalty and scoring the game’s first goal within the first four minutes of the contest. Radim Zohorna slammed home a rebound at 3:27 of the opening frame.

Buoyed by another successful P.K., Wilkes-Barre/Scranton extended its lead to 2-0 at 12:29 of the second stanza. Once again, it was the Penguins burying a rebound at the Crunch net, but this time, Drew O’Connor did the honors.

Syracuse came out with a purpose at the start of the third period, stringing together a series of passes that culminated in a Gage Goncalves goal 49 seconds into the frame. Gabriel Fortier tipped in a tying goal for Syracuse fewer than five minutes later.

The Crunch seized its first lead of the day, 3-2, when Remi Elie scored off the rush with 7:45 remining in the third period.

Down by one and felling urgency to tie the game, Wilkes-Barre/Scranton pulled its goalie for an extra attacker while on a late-regulation power play. During that six-on-four man advantage, Valtteri Puustinen scored to knot things up at 3-3.

Fedun then pounded a loose puck to the back of Syracuse’s net three minutes into the overtime period, securing Wilkes-Barre/Scranton seven of a possible eight standings points for the week.

Alex D’Orio denied 24 shots while earning the overtime win for the Penguins, while Hugo Alnefelt turned away 36 shots in the loss.

Wilkes-Barre/Scranton’s next game is Friday, Mar. 4, the first tilt of a back-to-back set against the Bridgeport Islanders at Webster Bank Arena. Game time for the Penguins and Islanders is 7:00 p.m.

The Penguins’ next home game is Wednesday, Mar. 9 when the Cleveland Monsters come to town. Wilkes-Barre/Scranton is 3-0-0-0 this season against Cleveland and has never lost on home ice to the Monsters (5-0-0-0). Puck drop for the Penguins and Monsters is slated for 7:05 p.m. at Mohegan Sun Arena at Casey Plaza.

FROM THE ICE TO THE BENCH