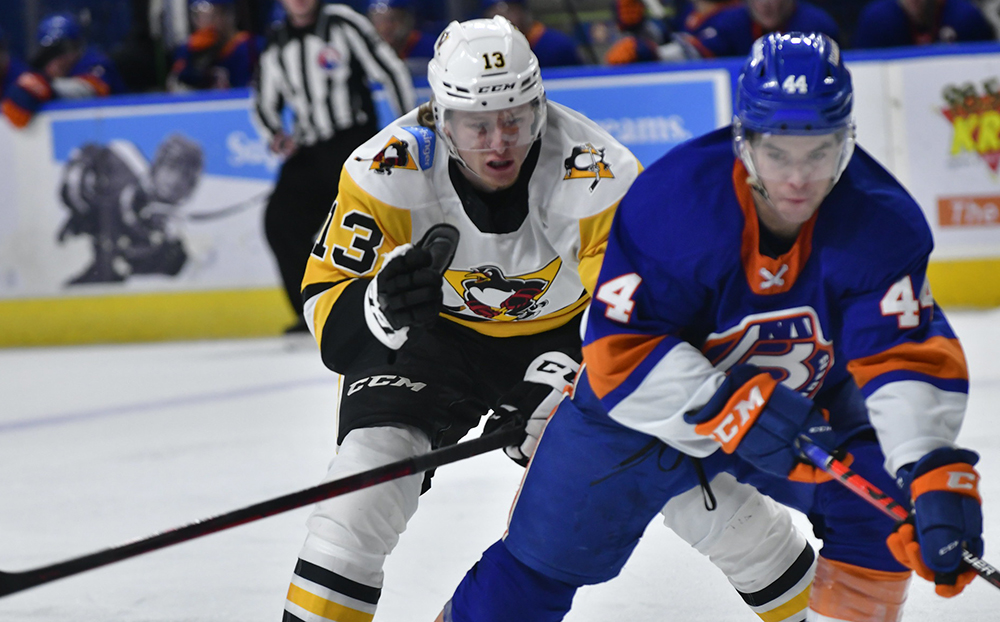 The Wilkes-Barre/Scranton Penguins play a pair of road games against the Bridgeport Islanders on Friday & Saturday.

Mitch Reinke has points in seven of his past eight games (1+6=7) and carries a four-game point streak into Saturday’s action.

Drew O’Connor has points in eight of the 10 games he has appeared in with Wilkes-Barre/Scranton this season.

O’Connor recorded a career-best three points (1+2) in Sunday’s win over the Syracuse Crunch.

Filip Hallander recorded his first career hat trick in the last meeting between the Penguins and Islanders.

The Penguins’ next home game is Wednesday, Mar. 9 when the Cleveland Monsters come to town. Puck drop for the Penguins and Monsters is slated for 7:05 p.m. at Mohegan Sun Arena at Casey Plaza.