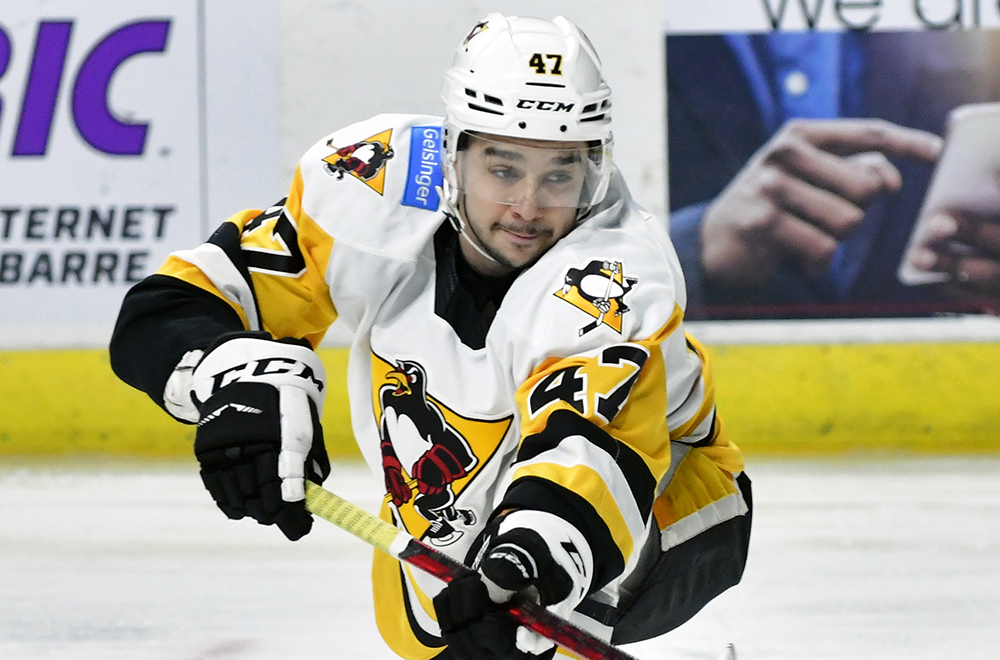 WILKES-BARRE, Pa. – The Wilkes-Barre/Scranton Penguins announced today that they have signed forward Sam Houde to a one-year, AHL contract extension. Houde’s deal with the club now runs through the 2022-23 season.

Houde has posted one goal and five assists for six points in 19 games with Wilkes-Barre/Scranton this season.

The 22-year-old rookie is currently assigned to the Penguins’ ECHL affiliate, the Wheeling Nailers. Houde has racked up five goals and 15 assists for 20 points in 13 games with the Nailers. While suited up for Wheeling on Dec. 15, Houde went off for six points (3G-3A) against the Norfolk Admirals.

Prior to signing with the Penguins in June, the native of Blainville, Québec enjoyed a five-year career in the Québec Major Junior Hockey League. Houde served as captain of the Chicoutimi Saguenéens during the 2020-21 season as they earned the best record in the QMJHL’s East Division.

Wilkes-Barre/Scranton’s next game is tomorrow, Wednesday, Mar. 9, when they host the Cleveland Monsters at Mohegan Sun Arena at Casey Plaza. Puck drop between the Penguins and Monsters is scheduled for 7:05 p.m.