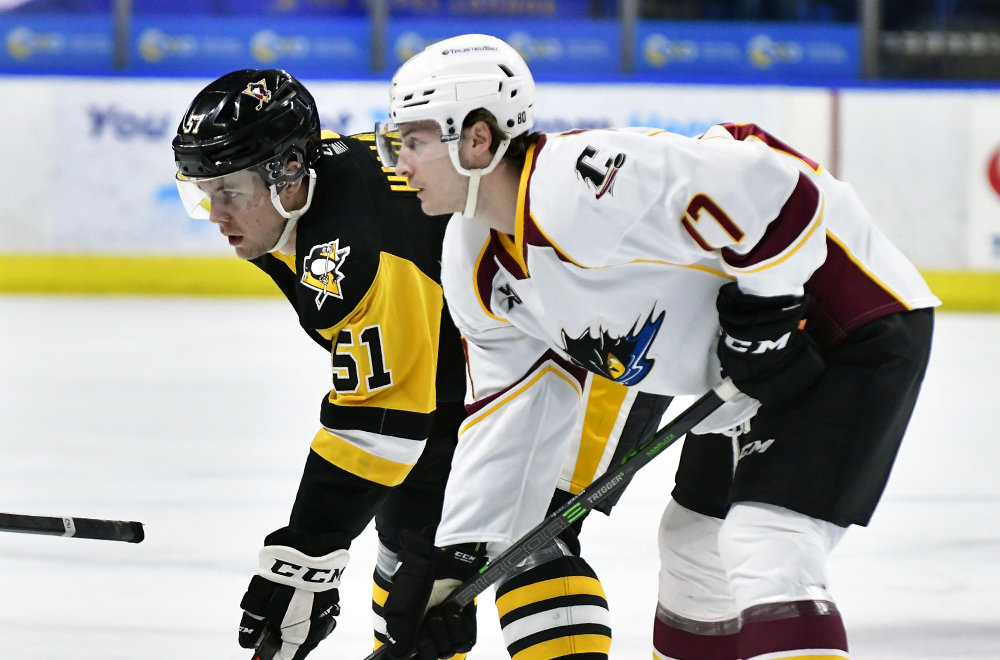 WILKES-BARRE, Pa. – The Wilkes-Barre/Scranton Penguins lost to the Cleveland Monsters in overtime, 3-2, on Wednesday night at Mohegan Sun Arena at Casey Plaza.

Wilkes-Barre/Scranton (23-23-4-4) took an early lead but its opponent chipped away at the deficit and evened things up before the second intermission. Monsters captain Dillon Simpson ultimately delivered the game-winner two and a half minutes into OT.

Kasper Björkqvist, who was reassigned from the NHL on Wednesday morning, opened the scoring at 4:18 of the first period.

The Penguins increased their lead to 2-0 when Drew O’Connor found twine during a late, first-period power play.

By the end of the first period, the Penguins had out-shot the Monsters, 20-6. However, Cleveland used its man advantage to sneak its way back into the game during the second stanza.

The 2-2 deadlock persisted through regulation, and the game went to overtime. Simpson notched the deciding goal for the visitors, but the Penguins remain at .500 by earning a standings point with an OT loss.

Alex D’Orio made 24 saves for his team, while Jet Greaves turned away 32 shots for the Monsters.

Wilkes-Barre/Scranton’s next game is Saturday, Mar. 12, when the Laval Rocket come to town for the first and only time this season. Saturday’s game is also the Penguins’ annual Star Wars Night. Puck drop between the Penguins and Rocket is slated for 6:05 p.m. at Mohegan Sun Arena at Casey Plaza.

Individual game tickets for the Penguins’ remaining home games as well as season-ticket packages for the upcoming 2022-23 season are on sale now. Full-Season, 22-game, 12-game, Flexbook and Premium Seating plans are available by reaching out directly at (570) 208-7367.