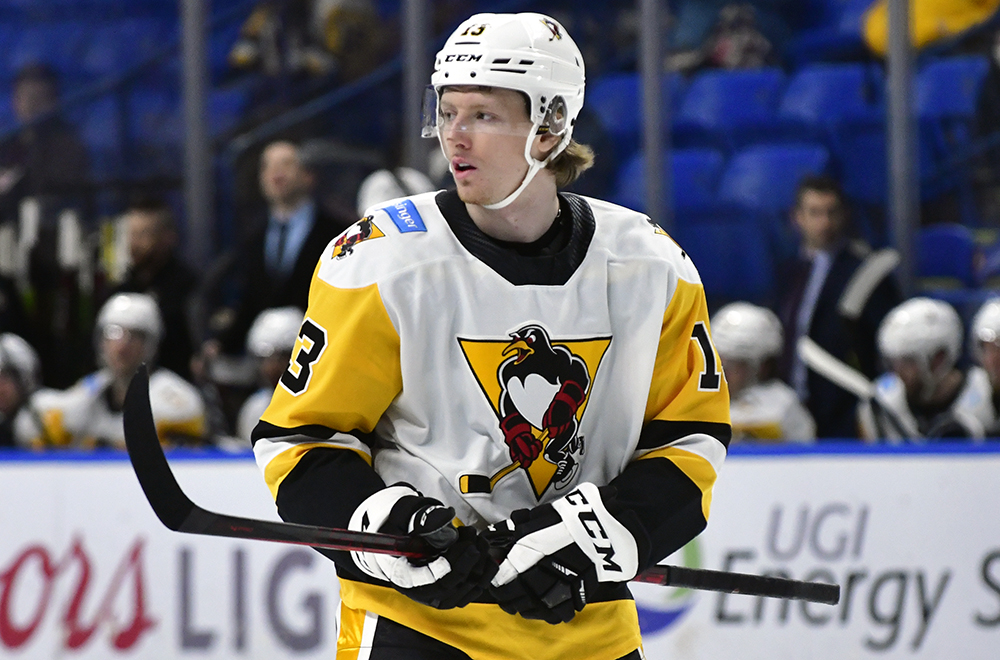 Drozg, 22, was drafted by Pittsburgh in the fifth round (152nd overall) of the 2017 NHL Entry Draft. Playing in his third season with Wilkes-Barre/Scranton this year, he posted four goals and six assists for 10 points.

A native of Maribor, Slovenia, Drozg became the sixth Slovenian in history to be selected at the NHL Entry Draft. He won back-to-back bronze medals while representing his homeland at the 2017 and 2018 IIHF Division-I B World Juniors. He led his team in goals (5) and points (9) at the 2018 tournament.

Drozg also donned the Slovenia sweater for three Olympic qualifying games prior to the 2022 Winter Olympic Games in Beijing, China. He posted a goal and an assist in those three contests, though Slovenia failed to qualify.

Wilkes-Barre/Scranton’s next game is tomorrow, Saturday, Mar. 12, when the Laval Rocket come to town for the first and only time this season. Saturday’s game is also the Penguins’ annual Star Wars Night. Puck drop between the Penguins and Rocket is slated for 6:05 p.m. at Mohegan Sun Arena at Casey Plaza.