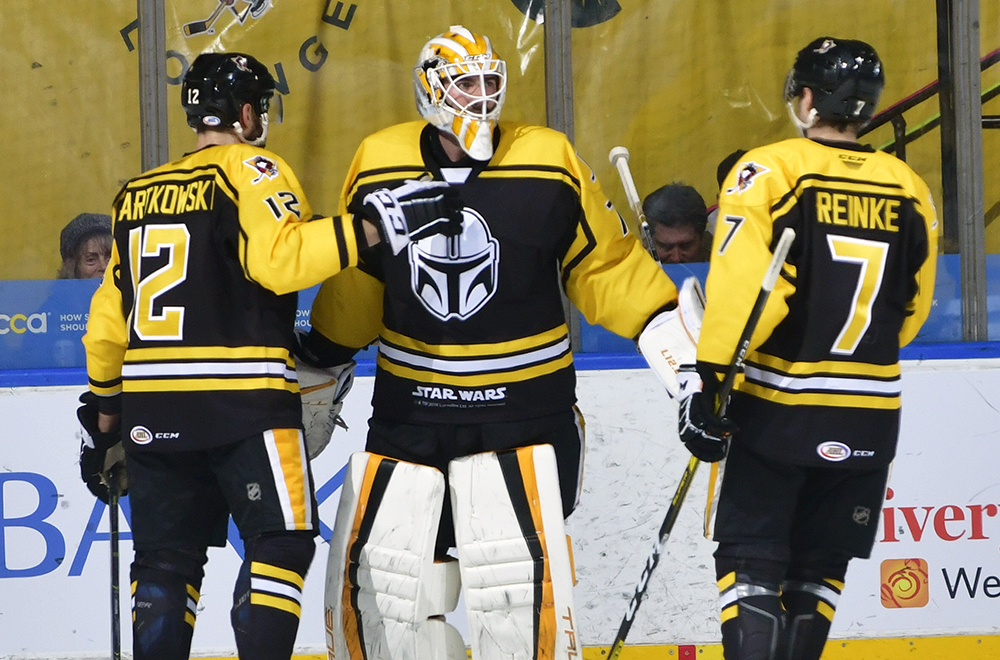 After a quiet start for both teams’ offenses, Wilkes-Barre/Scranton (25-23-4-4) pulled away with three-straight tallies. Hartford made things interesting with a pair of extra-attacker goals late in regulation, but the Penguins had built enough insurance to lock in the win.

The Penguins broke a 0-0 deadlock 76 seconds into the middle frame thanks to Filip Hållander. Shortly after the expiration of a man advantage, Hållander waltzed into the slot and whipped a shot across the grain to beat Adam Húska for the game’s opening goal.

Alex Nylander cashed in during a five-on-three power play later in the second period, extending the Penguins’ lead to 2-0.

Hartford proved how fragile a three-goal lead can be by potting its extra-attacker goals at 16:15 and 19:44. However, The Penguins dashed any hopes of a miracle when Jonathan Gruden buried an empty netter with 0.8 left in regulation.

Louis Domingue had his shutout bid snapped by the Wolf Pack’s extra-attacker offense, but still finished the game with 33 saves. Húska denied 28 of the 31 shots he faced in the loss.

Wilkes-Barre/Scranton’s homestand continues with its next game, Friday, Mar. 18, against the Syracuse Crunch. Puck drop between the Penguins and Crunch is scheduled for 7:05 p.m. at Mohegan Sun Arena at Casey Plaza.