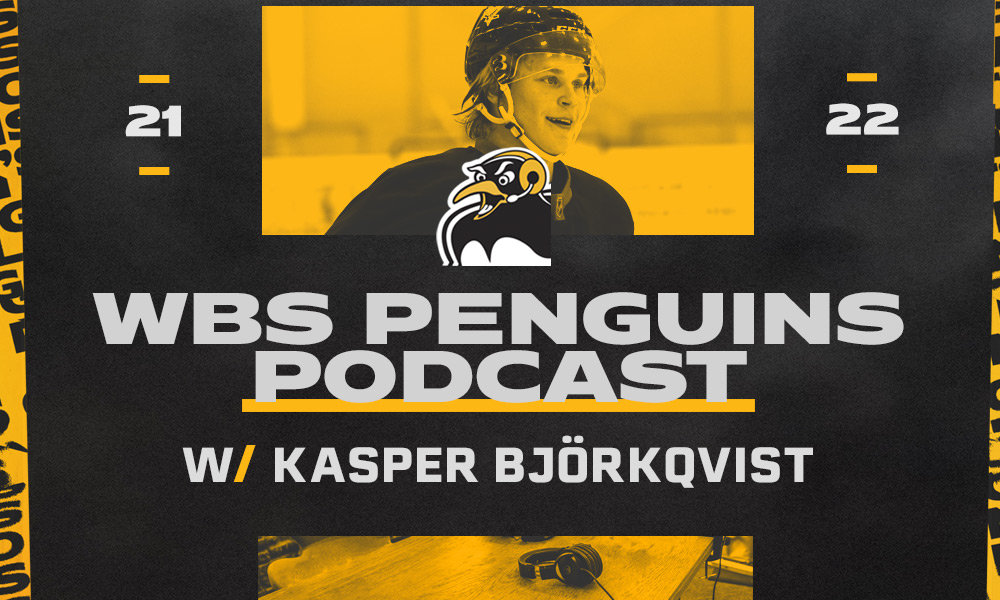 In this episode, Kasper tries his hand at becoming a liaison for the Finnish tourism bureau, explains why college hockey became his development path of choice, and compares teammate Valtteri Puustinen to a famous comedian. Plus, after Kasper spent all season confusing his teammates with Finnish expressions, Nick turns the tables on him with a twist on Suomi Says…

Wilkes-Barre/Scranton’s next game is tomorrow, Wednesday, Apr. 6 against the Lehigh Valley Phantoms. Puck drop between the Penguins and Phantoms is scheduled for 7:05 p.m. at Mohegan Sun Arena at Casey Plaza.

Individual-game tickets for Wilkes-Barre/Scranton’s remaining home games as well as season-ticket packages for the 2022-23 season are on sale now. Full-Season, 22-game, 12-game, Flexbook and Premium Seating plans are available by reaching out to the Penguins directly at (570) 208-7367.