GOALIES SHINE, BUT PENGUINS FALL BY A HAIR TO CRUNCH, 1-0 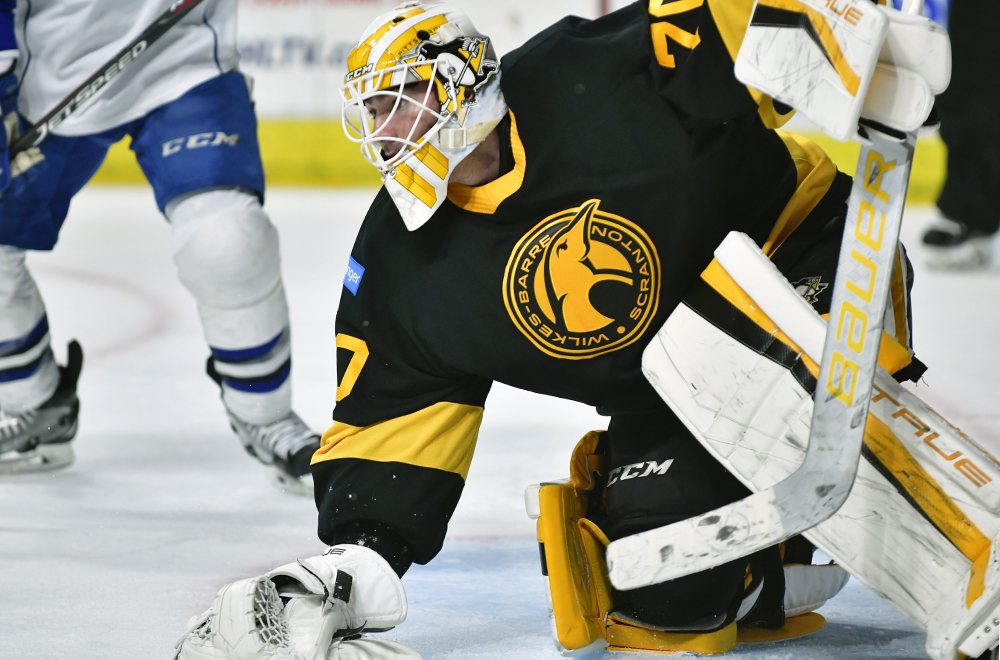 WILKES-BARRE, Pa. – The Wilkes-Barre/Scranton Penguins lost to the Syracuse Crunch in a narrow, 1-0 decision at Mohegan Sun Arena at Casey Plaza on Friday night.

Wilkes-Barre/Scranton (25-24-4-4) staged a goaltender’s duel, as both Louis Domingue and Max Lagacé were lights out from the opening puck drop. Domingue recorded 32 saves for the Penguins and was only foiled by a bad bounce off of one of his teammates in the third period.

Syracuse stormed out of the gates and put the Penguins on their heels early, but Domingue was dialed in. Domingue was credited with seven saves before the game was three minutes old.

Eventually, the Penguins settled in and tilted the ice with back-to-back power play opportunities. Anthony Angello hit the post during one of those man advantages, but the game remained knotted, 0-0.

Both teams remained perfect on the penalty kill through 40 minutes, keeping the deadlock intact going into the third. The Penguins almost scored on another power play in the third period, but this time, Mitch Reinke struck iron.

Gage Goncalves ultimately netted the game’s only goal when he centering pass redirected off a Penguin atop the crease and knuckled behind Domingue with 7:50 left in regulation.

Wilkes-Barre/Scranton failed to score one of its signature extra-attacker goals and suffered the shutout loss at the hands of the former Penguin, Lagacé. The Crunch netminder recorded his first clean sheet of the season with 24 saves.