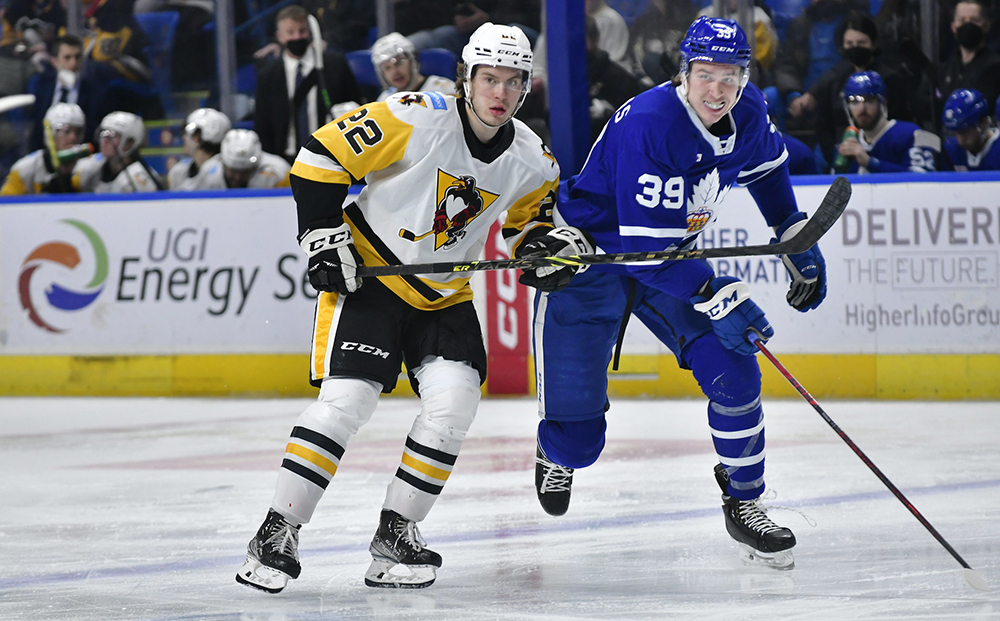 Goaltender Louis Domingue has a 4-1-0- record and 1.61 goals against average in four games since returning from injury.

Michael Chaput has eight points (2+6) in his past seven games played.

Corey Andonovski made his professional debut with the Penguins over the weekend after being signed to an Amateur Tryout contract last week.  The former Princeton Tiger was scoreless with two penalty minutes while appearing in games against the Syracuse Crunch and Utica Comets.

Defenseman Chris Bigras has two goals this season – both of them are game-winners.

Defenseman Joseph Duszak is tied for eighth in the AHL with 35 assists.