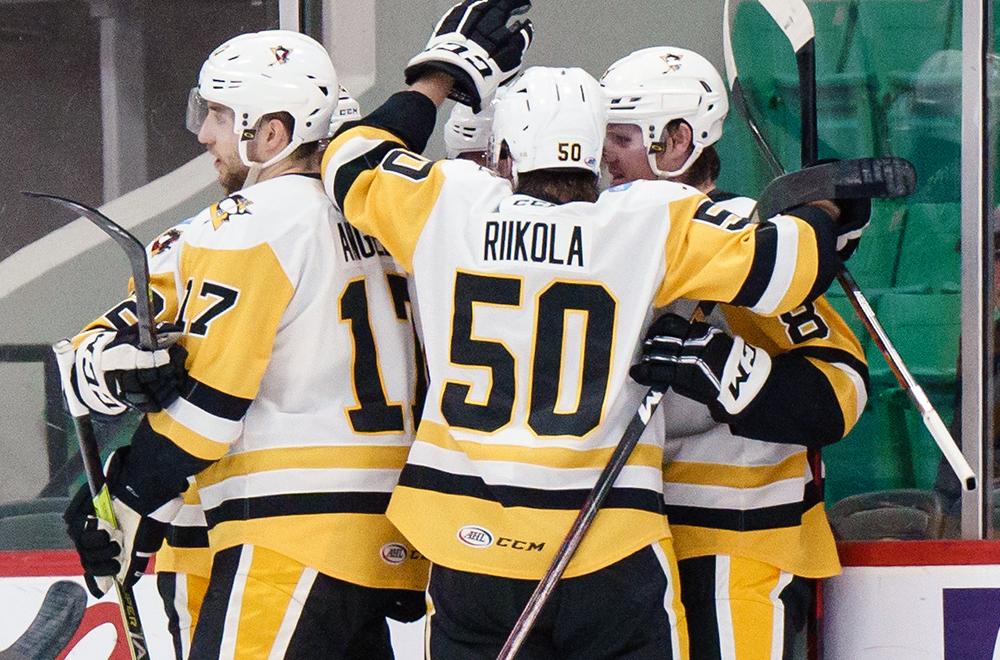 BELLEVILLE, Ont. – The Wilkes-Barre/Scranton Penguins grinded out a 3-1 victory against the Belleville Senators on Friday night at CAA Arena.

Wilkes-Barre/Scranton (28-25-4-4) put forth a yeoman’s effort all night, but completely smothered its opponent when the game was on the line in the third period. Facing a 1-1 score as the final frame began, the Penguins out-shot the Senators, 11-4, and lit the lamp twice to earn the win.

After the teams played neck-and-neck with one another in a hard-hitting first period, Valtteri Puustinen put the Penguins on the board at 8:39 of the second stanza.

The Senators started the third period with their fourth power play of the game, but the Penguins shut them down and kept the game tied.

Wilkes-Barre/Scranton reestablished its lead when Alex Nylander buried a rebound midway through the final frame.

Belleville was granted another man advantage with five minutes left in regulation, but Tommy Nappier and the Penguins’ penalty killers stymied it again. Wilkes-Barre/Scranton finished the game five-for-five on the P.K.

Jonathan Gruden sealed the win for the Penguins on an empty-net goal with 1:12 remaining.

Wilkes-Barre/Scranton conclude its Canadian road trip tomorrow with a Saturday matinée against the Laval Rocket. Puck drop on Mar. 26 between the Pens and Rocket is scheduled for 3:00 p.m. at Place Bell. The Penguins’ next home game is Wednesday, Mar. 30 against the Hartford Wolf Pack. Game time for Wilkes-Barre/Scranton’s return home is scheduled for 7:05 p.m. at Mohegan Sun Arena at Casey Plaza.