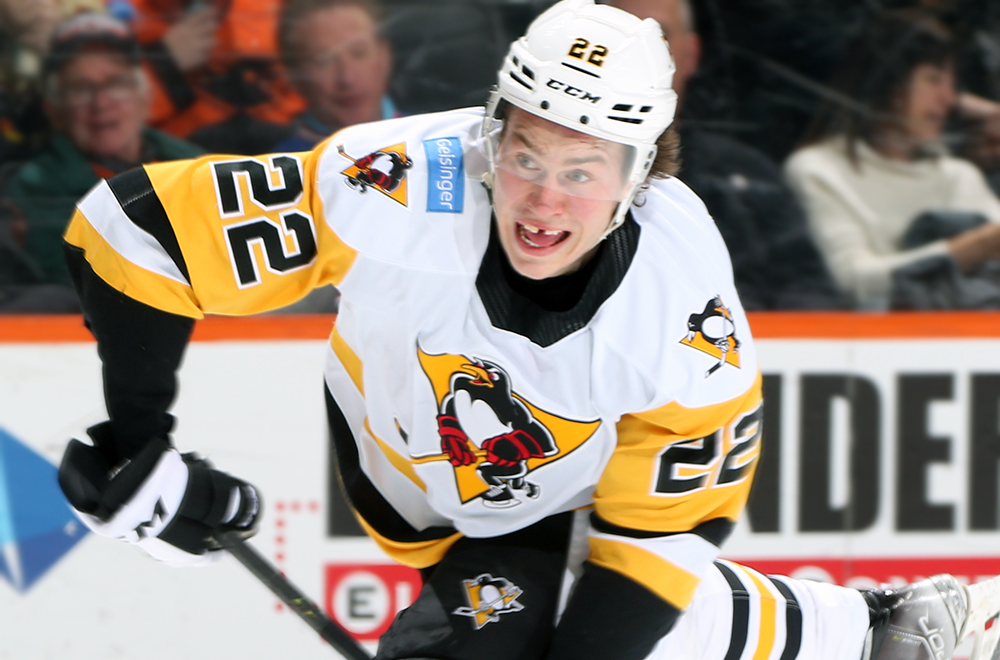 LAVAL, Québec – The Wilkes-Barre/Scranton Penguins ended their Canadian road trip with a 5-3 loss to the Laval Rocket on Saturday afternoon at Place Bell.

Wilkes-Barre/Scranton (28-26-4-4) ended up on the wrong end of the back-and-forth, high-octane game, despite coming from behind in the third period to force a tie. Ultimately, a pair of late goals against proved to be the Penguins’ undoing.

The game was wild from the outset, as the teams traded big hits and odd-man rushes. Kevin Roy notched the game’s first goal for Laval 79 seconds into the first period. Wilkes-Barre/Scranton responded two minutes later, with Michael Chaput ripping a wrister past Cayden Primeau while the teams were skating at four-on-four.

The Rocket reestablished its lead when Jean-Sébastien Dea set-up Cédric Paquette on the backdoor midway through the opening frame.

The Penguins were faced with four-straight penalty kills during the second period and turned them all away. However, Laval increased its lead to 3-1 with Gabriel Bourque delivering another backdoor tap-in with 2:06 left in the period.

Sam Poulin provided a swift response for the Penguins, taking a pass from Anthony Angello and deking through the Rocket defense with 45 seconds before the second intermission.

Wilkes-Barre/Scranton tied things up, 3-3, on a pinpoint shot by Chris Bigras at 7:49 of the third period

Nate Schnarr put the Rocket back ahead with 4:45 left in regulation, and then Raphaël Harvey-Pinard sealed their win with an empty netter.

Wilkes-Barre/Scranton returns home for its game, Wednesday, Mar. 30 against the Hartford Wolf Pack. Puck drop between the Penguins and Wolf Pack is scheduled for 7:05 p.m. at Mohegan Sun Arena at Casey Plaza.