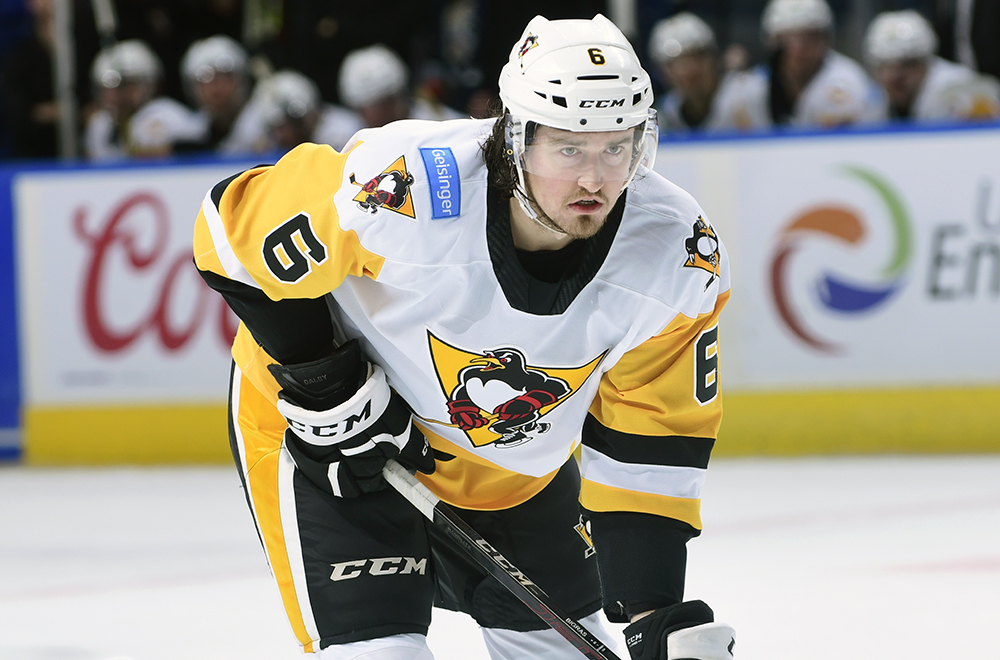 Bigras, 27, signed an American Hockey League contract with Wilkes-Barre/Scranton on Aug. 12, 2021. In 28 games with the Penguins during the 2021-22 season, he produced three goals and seven assists for 10 points.

Prior to joining the Penguins, Chris Bigras skated in the AHL for the Lehigh Valley Phantoms, Hartford Wolf Pack, San Antonio Rampage and Lake Erie Monsters. In 267 AHL games, Bigras has amassed 117 points (24G-93A). The Elmvale, Ontario native also appeared in 46 NHL games, all with the Colorado Avalanche.

Wilkes-Barre/Scranton’s next game is Wednesday, Mar. 30 against the Hartford Wolf Pack. Puck drop between the Penguins and Wolf Pack Game is scheduled for 7:05 p.m. at Mohegan Sun Arena at Casey Plaza.