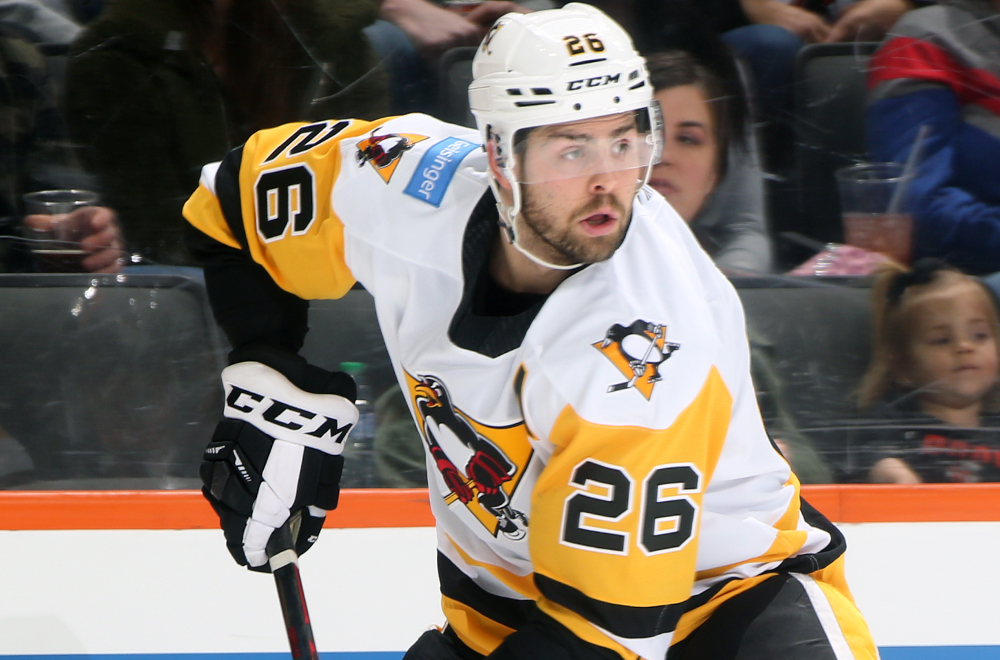 ALLENTOWN, Pa. – The Wilkes-Barre/Scranton Penguins lost to the Lehigh Valley Phantoms by a razor-thin margin on Friday night, 4-2, at PPL Center.

Wilkes-Barre/Scranton (29-27-4-4) scored early in the first two periods and never trailed until 45-minute mark of the game. Despite a late-game shooting exhibition, the Penguins failed to tie the game.

The Penguins opened the scoring at 3:16 of the first period with Michael Chaput finishing a two-on-one rush.

Lehigh Valley responded four and a half minutes later and evened the score at 1-1. Ryan MacKinnon launched a backhander at Wilkes-Barre/Scranton’s net. After the shot glanced off of goalie Tommy Nappier’s shoulder, it went straight into the air and across the goal line.

It took Wilkes-Barre/Scranton 47 seconds into the second period to re-establish its lead. All it took was Kyle Olson knocking one in from atop the crease. However, the Phantoms equalized again with a Tanner Laczynski breakaway midway through the game.

Immediately after the Phantoms won an icing race in the Penguins’ zone, Wade Allison gave Lehigh Valley its first lead of the night at 5:21 of the final frame.

The Penguins put forth a valiant effort in the 14 minutes left in regulation, including a litany of shot attempts in the final two minutes. Any bids that weren’t blocked by Phantoms defenders were turned away by Felix Sandström.

Max Willman buried an empty-net goal as time expired to round out the scoring.

Sandström finished the game with 29 saves, while Nappier posted 26 stops for the Penguins.

Wilkes-Barre/Scranton’s next game is tomorrow, Saturday, Apr. 2, back on home ice against the Bridgeport Islanders. Saturday’s game is also Marvel Super HeroTM Night, where the Penguins will wear special, Black Widow-themed jerseys when they take on the Islanders at 6:05 p.m.