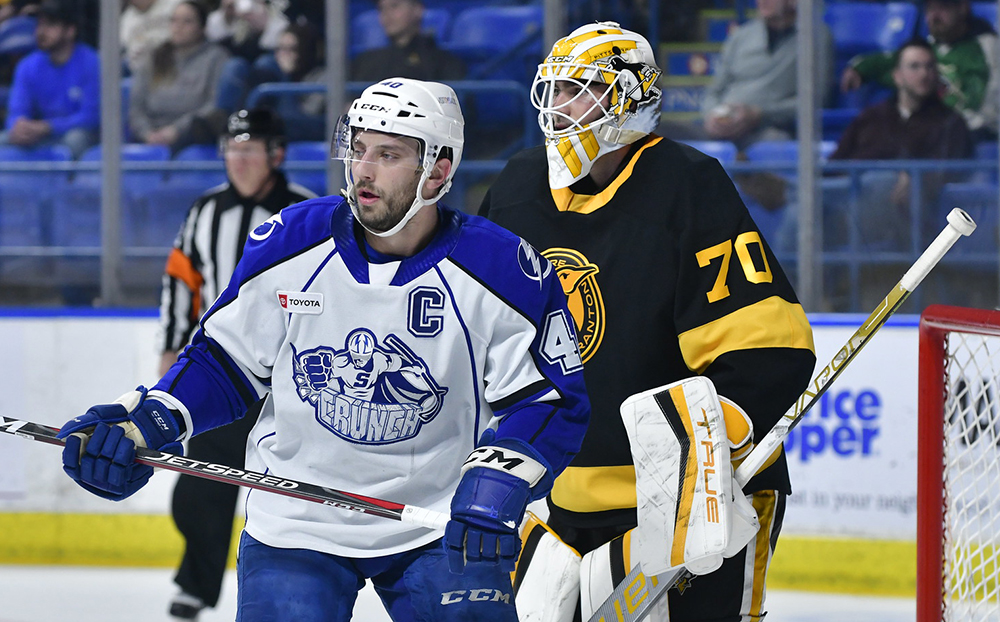 The Wilkes-Barre/Scranton Penguins pay their lone visit to Syracuse this season when they face off with the Crunch at 7pm on Saturday night.

Sam Poulin has points in seven of his past nine games, and goals in four of his past five.

Drew O’Connor has a four-game points streak (2+4=6) and points in six of his past seven games.

Michael Chaput had his four-game goal streak snapped in Wednesday night’s win over the Phantoms.

Jonathan Gruden has points in five of his past six games.

The Crunch returned to Syracuse on Friday night to face the Springfield Thunderbirds after a four-game road swing, during which they went 2-1-1-0.

With three assists last night against the Thunderbirds, Barré-Boulet extended his point-streak to a season-high six games, including four straight multi-point outings.  He has 10 multi-point performances in the last 19 games since March 2, posting 30 points (13+17) in that span, to lead the entire AHL.