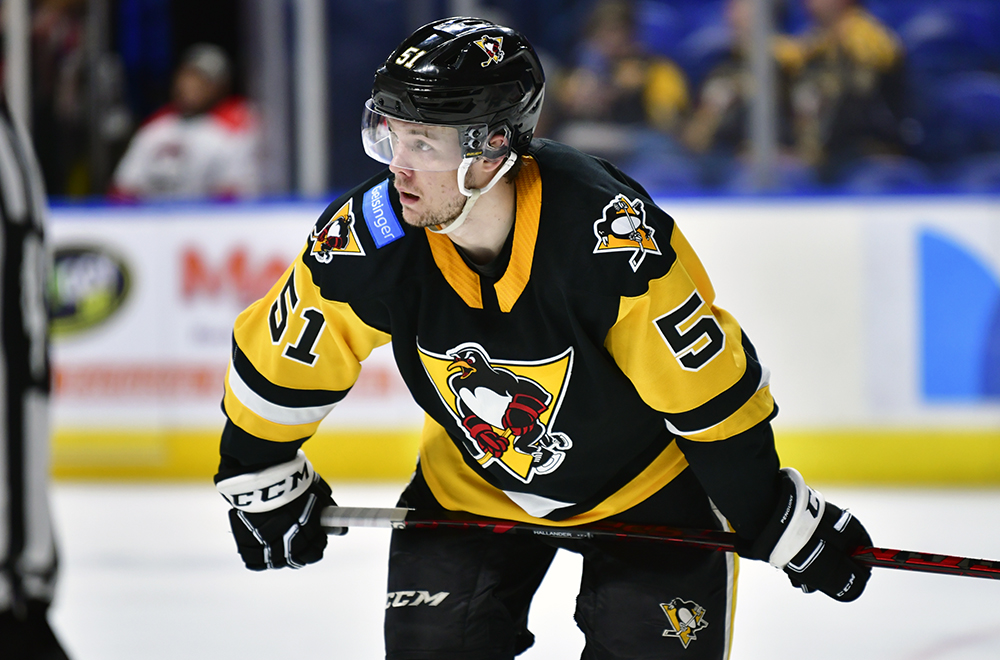 WILKES-BARRE, Pa. – The Wilkes-Barre/Scranton Penguins fell to the Charlotte Checkers, 4-1, on Wednesday night at Mohegan Sun Arena at Casey Plaza.

Wilkes-Barre/Scranton (31-29-4-4) was spurred by a shorthanded effort in the second period and tilted the ice for the second half of regulation, but to no avail. Instead, it was a slow start that put the Penguins in a two-goal hole that proved to be their undoing.

Zac Dalpe put the Checkers on the board early, scoring 1:56 into the game.

Charlotte started to pile up the shots on its first power play of the game, but Louis Domingue made several post-to-post saves to keep his team within striking distance.

However, the Checkers eventually seized a 2-0 lead on a strike by German Rubtsov at 11:53 of the first period.

Wilkes-Barre/Scranton refused to yield in the third period, continuing to pile up offensive zone time and scoring chances. One bad break led to a defensive zone turnover and Connor Bunnaman made the Penguins pay by scoring with 7:07 left in regulation.

Alexander True wrapped up the win for Charlotte with an empty netter.

Domingue made 25 saves on 28 shots faced, while Daccord recorded 27 stops in the win.

Wilkes-Barre/Scranton’s next game is Friday, Apr. 15 against the Hershey Bears. Puck drop between the Penguins and Bears is slated for 7:05 p.m. at Mohegan Sun Arena at Casey Plaza.