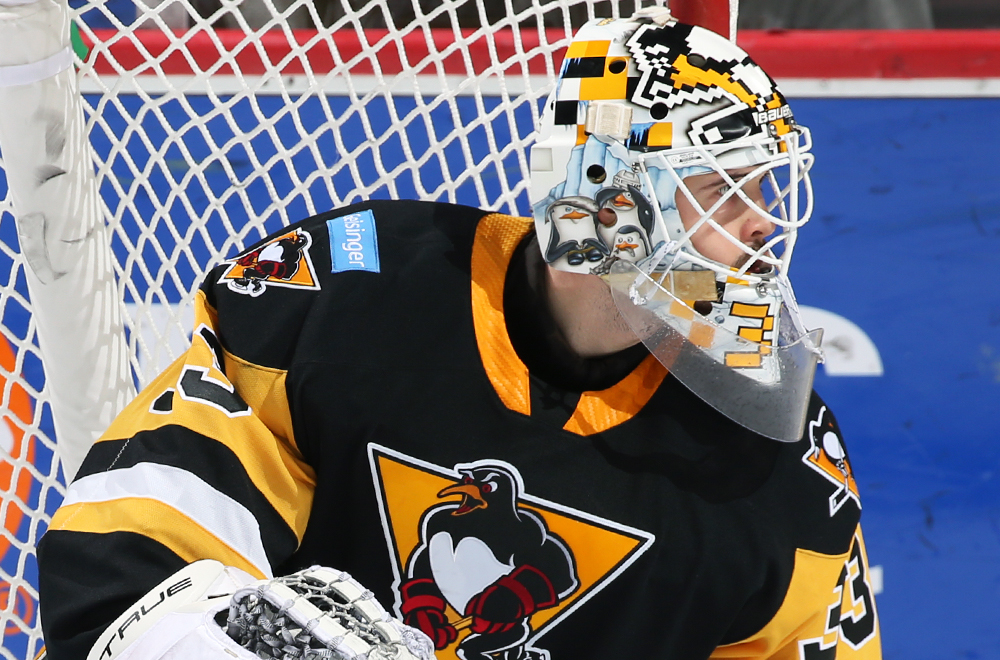 D’Orio has posted a 7-9-4 record in 21 games with the Penguins this season, earning a 2.91 goals against average and .894 save percentage in that time. By making 18 saves on Jan. 18 at Cleveland, D’Orio recorded his first AHL shutout.

D’Orio was a star for Wilkes-Barre/Scranton during its pandemic-shortened 2020-21 season. The 22-year-old logged a 6-3-1 record and finished fourth in the league in goals against average (2.18) as well as fifth in save percentage (.915).

Wilkes-Barre/Scranton’s next game is tonight, Friday, Apr. 15, against the Hershey Bears. Puck drop between the Penguins and Bears is slated for 7:05 p.m. at Mohegan Sun Arena at Casey Plaza.