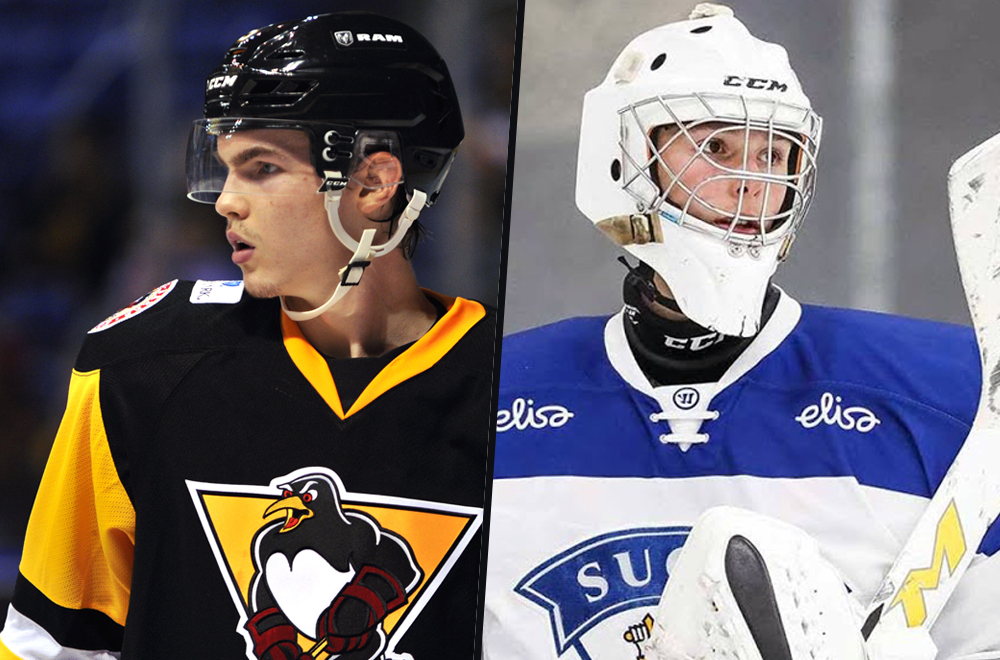 Almari, a fifth-round draft pick (151st overall) by Pittsburgh in 2016, was reassigned by the Penguins from Wilkes-Barre/Scranton to Lukko on Feb. 9 after starting the season in the AHL. Blomqvist, who was selected by Pittsburgh in the second round (52nd overall) of the 2020 NHL Entry Draft, comes to Wilkes-Barre/Scranton from Oulun Kärpät and joins the Penguins for the first time in his career.

Blomqvist has 44 games of pro experience accrued over three seasons in Finland’s top two leagues. The 20-year-old appeared in 20 contests this season for Kärpät and topped all Liiga goalies with a 1.32 goals against average and .940 save percentage. His five shutouts also ranked tied for fourth overall.

Blomqvist also appeared in seven playoff games for Kärpät, going 3-3-0 while posting an even more impressive statline of 1.10 goals against average and .950 save percentage.

In 24 career Liiga games, the native of Uusikaarlepyy, Finland has an 8-4-5 record, 1.53 goals against average, .930 save percentage and five shutouts.

Almari scored the game-winning goal for Wilkes-Barre/Scranton in its 2021-22 season opener on Oct. 16 vs. Lehigh Valley. It was his only goal for the Penguins this season to go along with one assist for two points in 11 games. The 23-year-old blueliner also skated in six contests for the Penguins’ ECHL affiliate, the Wheeling Nailers, this season. He posted four assists in those six games.

After being assigned to Lukko in February, Almari procured two assists in 15 regular-season games. The Kirkkonummi, Finland native also skated in seven playoff games for Luuko, but did not record any points.

Wilkes-Barre/Scranton’s next game is tonight, Friday, Apr. 15, against the Hershey Bears. Puck drop between the Penguins and Bears is scheduled for 7:05 p.m. at Mohegan Sun Arena at Casey Plaza.