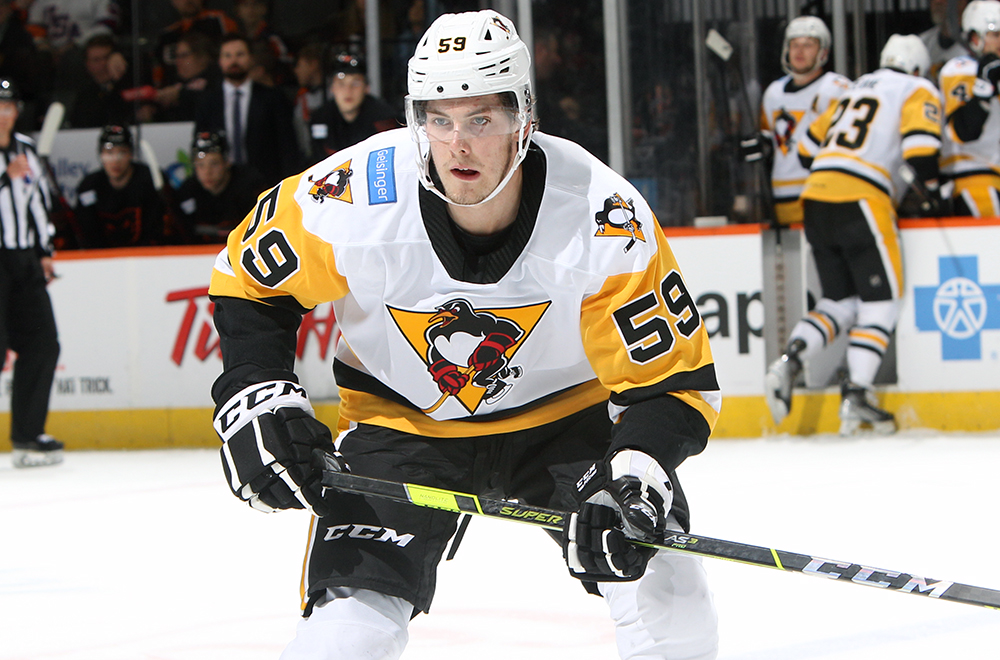 ALLENTOWN, Pa. – In their last game before the 2022 Calder Cup Playoffs, the Wilkes-Barre/Scranton Penguins lost to the Lehigh Valley Phantoms, 3-0, on Saturday night at PPL Center.

Wilkes-Barre/Scranton (35-33-4-4) was blanked by Lehigh Valley goalie Felix Sandström, who was reassigned by the Phantoms’ NHL affiliate, the Philadelphia Flyers, earlier in the day. Sandström made 26 saves against the Penguins in their final tune up before the postseason.

The Phantoms started the game like they were shot out of a cannon, creating a barrage of scoring chances on the first shift of the game. Those rapid-fire opportunities culminated in Linus Sandin batting in a loose puck 28 seconds into the contest.

ATO rookie Colin Swoyer hit post with 1:09 left in the first period, robbing the defenseman of his first pro goal and keeping Wilkes-Barre/Scranton in a 1-0 hole.

The Penguins used most of the second period to pile up tons of offensive zone time, but many of their shot attempts were blocked or were sent wide. Despite all their time in the attacking end, Wilkes-Barre/Scranton was only credited with four shots in the middle frame.

Cal O’Reilly extended Lehigh Valley’s lead with a power-play goal at 16:01 of the second stanza, and then Isaac Ratcliffe made it a 3-0 game on a breakaway with 21.8 seconds left in the period.

Sandström turned away every shot the Penguins threw at him the rest of the way, locking down his second shutout of the season. Alex D’Orio notched 26 saves for Wilkes-Barre/Scranton.

The Penguins’ next game will be in the first round of the 2022 Calder Cup Playoffs. Wilkes-Barre/Scranton’s first-round series against the Hershey Bears starts on Friday, May 6 at Mohegan Sun Arena at Casey Plaza. Puck drop for Game 1 of the best-of-three series is scheduled for 7:05 p.m.