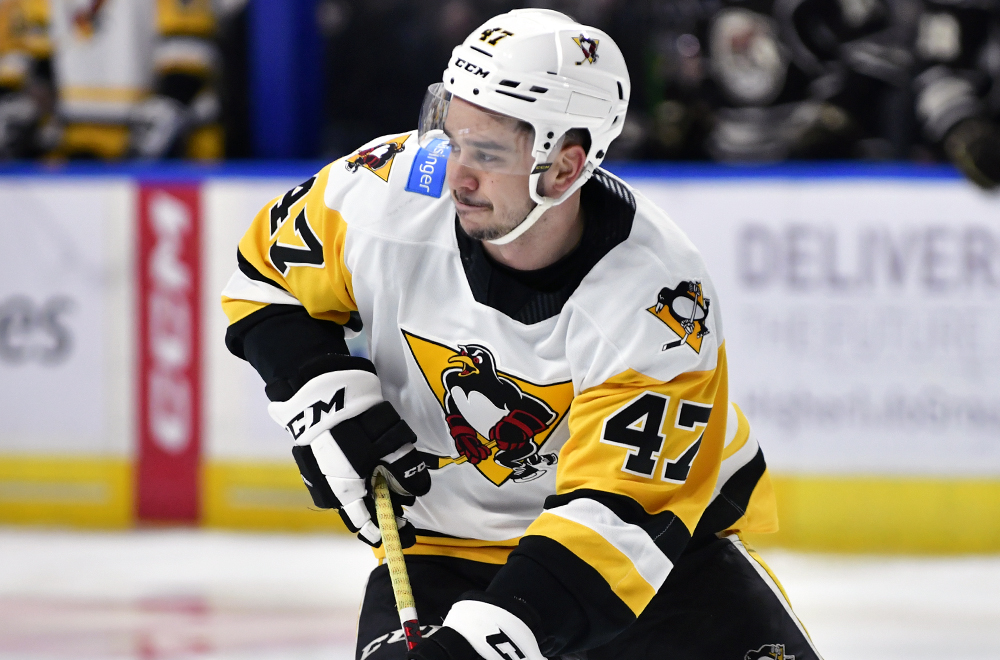 WILKES-BARRE, Pa. – The Wilkes-Barre/Scranton Penguins announced today that they have recalled forward Sam Houde from their ECHL affiliate, the Wheeling Nailers. Additionally, the Penguins have signed goaltender Samuel Harvey to a professional tryout agreement.

Houde posted one goal and five assists for six points in 19 games with Wilkes-Barre/Scranton during the regular season. The 21-year-old rookie inked a one-year contract extension with the Penguins on Mar. 8.

While playing for the Nailers, Houde racked up 13 goals and 30 assists for 43 points in 31 regular-season games with the Nailers. The native of Blainville, Québec tacked on another six points (1G-5A) during Wheeling’s seven-game, first-round playoff series against the Fort Wayne Komets. Houde scored the game-winning goal in the Nailers’ Game 5 victory to seize a 3-2 series lead at the time.

Houde was drafted by the Montréal Canadiens in the fifth round (133rd overall) of the 2018 NHL Entry Draft. In 232 career games in the Québec Major Junior Hockey League, he posted 164 points (62G-102A) as a member of the Chicoutimi Saguenéens.

Harvey just competed against Wheeling in that first-round playoff series, posting a .913 save percentage and 2.46 goals against average in seven games for Fort Wayne. During the regular season, Harvey was one of the best goalies in the ECHL. The 24-year-old from Alma, Québec led all rookie goalies with a .916 save percentage while amassing a 23-8-3 record and three shutouts.

Harvey has appeared in 14 career AHL games, all with the San Jose Barracuda. This season, Harvey went 2-5-0 with a .876 save percentage and 3.62 goals against average. Both of his wins were shutout victories.

Prior to turning pro, Harvey was a standout in the QMJHL. He helped the Rouyn-Noranda Huskies capture the QMJHL Championship in 2016 and 2019, the latter of which was then parlayed into a Memorial Cup Championship. During the 2017-18 campaign, Harvey led the QMJHL in save percentage (.930) and goals against average (2.10). He was named to the QMJHL First All-Star Team in both 2017-18 and 2018-19.

The Penguins’ next game will be in the first round of the 2022 Calder Cup Playoffs. Wilkes-Barre/Scranton’s first-round series against the Hershey Bears starts tomorrow, Friday, May 6, at Mohegan Sun Arena at Casey Plaza. Puck drop for Game 1 of the best-of-three series is scheduled for 7:05 p.m.