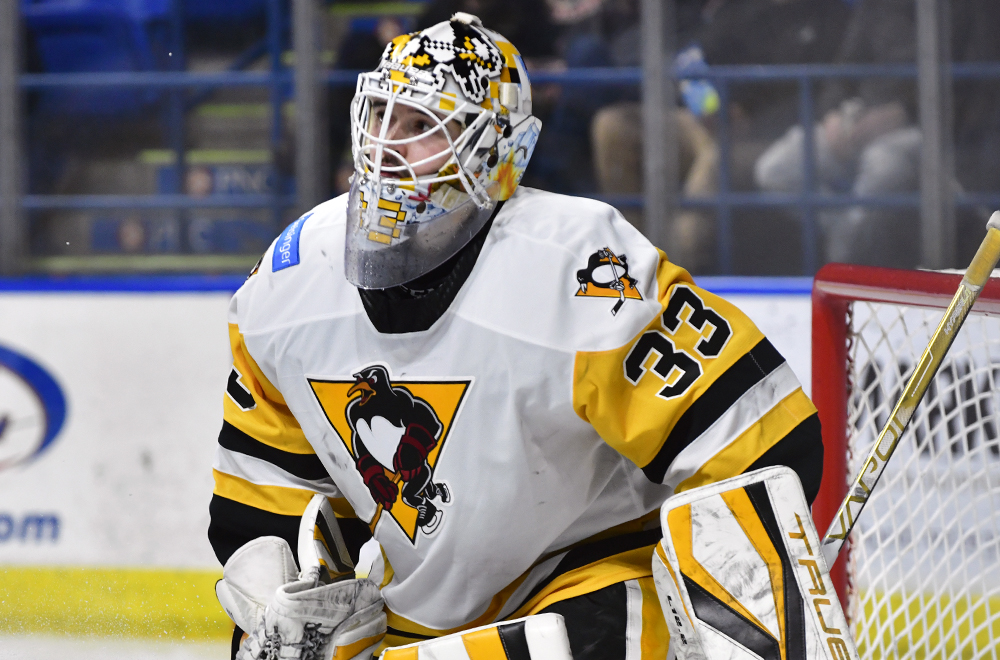 The Pittsburgh Penguins have recalled goaltender Alex D’Orio from the Wilkes-Barre/Scranton Penguins of the American Hockey League, it was announced today by general manager Ron Hextall.

Alex D’Orio, 23, has split the season between WBS and the Wheeling Nailers of the ECHL. With WBS, D’Orio appeared in 22 games and recorded his first career shutout earlier this season on Jan. 18 against Cleveland in a 18-save performance. In Wheeling, D’Orio appeared in 11 games .

The Sherbrooke, Quebec native has spent most of his professional career with Wheeling, playing in 53 games with the Nailers. D’Orio, who is signed to a three-year, entry-level contract with Pittsburgh, played parts of four seasons in the QMJHL with the Saint John Sea Dogs and Baie-Comeau Drakkar and helped guide Saint John to a QMJHL Championship in 2017.

Wilkes Barre Scranton’s next game will be in the first round of the 2022 Calder Cup Playoffs. Wilkes-Barre/Scranton’s first-round series against the Hershey Bears starts on Friday, May 6 at Mohegan Sun Arena at Casey Plaza. Puck drop for Game 1 of the best-of-three series is scheduled for 7:05 p.m.