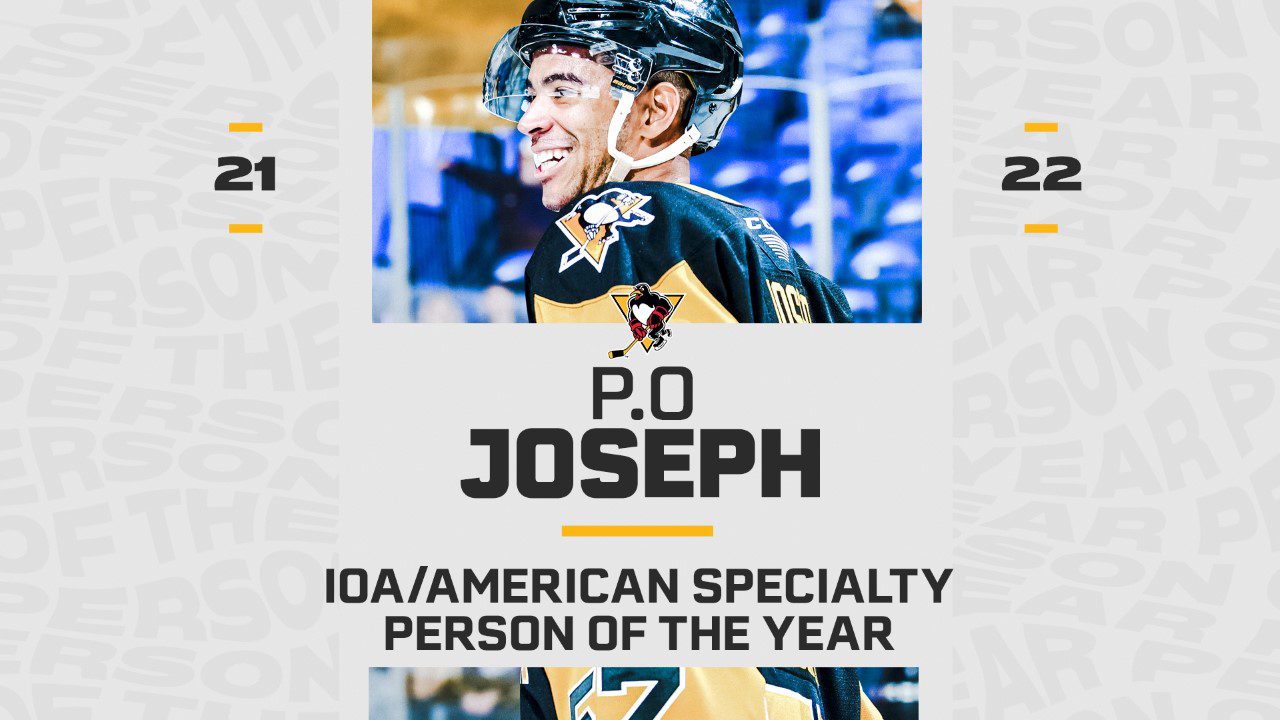 The Wilkes-Barre/Scranton Penguins are proud to announce that Pierre-Olivier Joseph has been named the team’s winner of the IOA/American Specialty AHL Person of the Year award. 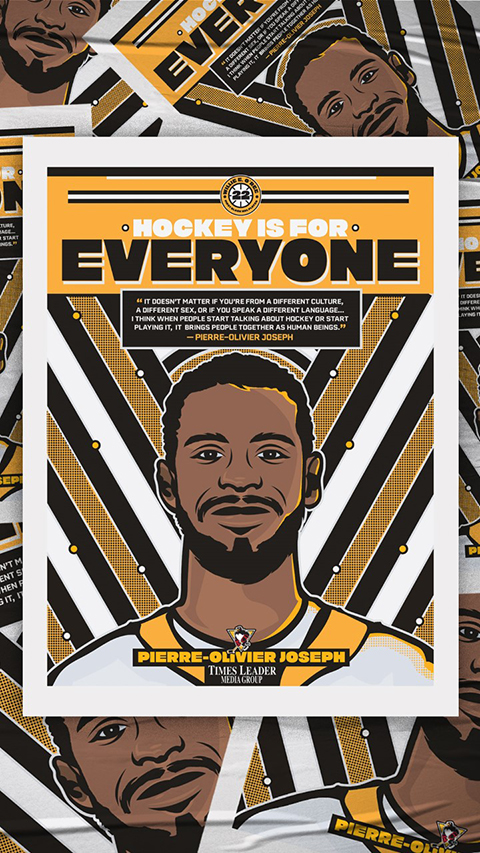 Joseph served as the spokesman for the team’s HOCKEY IS FOR EVERYONE initiative during the month of February, sharing his experiences as a black hockey player in a series of interviews for the team’s game program, radio broadcasts, website and social media channels.

His involvement also included input into the design of the team’s HOCKEY IS FOR EVERYONE poster, which featured a stylized version of the Penguins defenseman and a quote from Joseph himself.

Joseph has played an important role in the team’s community efforts since joining the Penguins in 2019.

During that season he volunteered his time for both the Penguins ROBO’S READERS school reading program, and assisted with Anthony’s Book Club, a library reading program put in motion by teammate Anthony Angello (the Penguins’ 2019-20 nominee for the award).

Joseph has volunteered at the Pittsburgh Penguins’ Willie O’Ree Hockey Academy, a training and enrichment program for Black youth hockey players and their families in the Pittsburgh area, intent on advancing the skills of competitive athletes while developing a strong social support network.

Person of the Year

Traditionally acknowledging a player for his outstanding contributions to his local community, this season the league expanded the Person of the Year program to allow teams to recognize individuals who played an important and perhaps unexpected role in supporting their organization and/or impacting the local community as the AHL again navigated through a season impacted by COVID-19.

Joseph’s selection by the team made him one of 31 finalists for the Yanick Dupré Memorial Award, which was awarded to Iowa Wild defenseman Dakota Mermis.

Presented annually since 1998, the AHL’sYanick Dupré Memorial Award honors the late Yanick Dupré, who passed away in 1997 at the age of 24 following a 16-month battle with leukemia. A second-round draft pick of the Philadelphia Flyers in 1991, Dupré played four seasons in the AHL with the Hershey Bears and was an AHL All-Star in 1995.