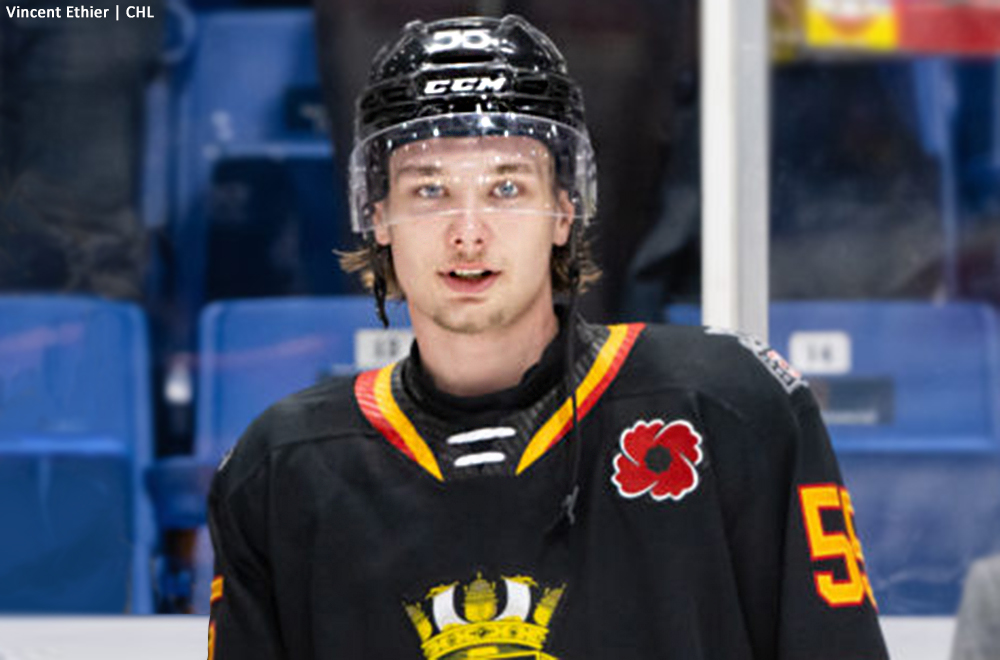 WILKES-BARRE, Pa. – Both the Pittsburgh and Wilkes-Barre/Scranton Penguins seasons ended earlier this spring, but one of their prospects is still lighting up his postseason.

Raivis Ansons, taken by Pittsburgh in the fifth round (149th overall) of the 2020 NHL Entry Draft, opened the 2022 Memorial Cup with a three-assist outing on Monday. This brings Ansons’ total postseason production to two goals and six helpers for eight points in six games played.

Ansons stands at 6-foot-1 and plays a heady, two-way game. This season was a breakout offensive year for the Latvian, crushing his previous career-highs with 18 goals, 42 assists and 60 points. Midway through the season, he was traded from the Baie-Comeau Drakkar to the Saint John Sea Dogs, the hosts of this year’s Memorial Cup.

As the host team, Saint John was automatically granted a bid into the tournament. The Sea Dogs were looking to bolster their top nine before embarking on a potential championship run on their home ice, and Ansons became one of their main targets.

Unfortunately for Saint John, they were bounced early in the QMJHL Playoffs, but Ansons still delivered. In addition to his prowess away from the puck, he led the team with five points (2G-3A) in their five playoff games.

Well-rested for the Memorial Cup opener against the OHL Champion Hamilton Bulldogs, Ansons helped create three-goals-worth of contribution from his line in a 5-3 triumph.

The Memorial Cup tournament features a round-robin format before a brief, single-elimination rounds before crowning a champion of Canadian junior hockey. The four teams always include the playoff champions from the OHL, QMJHL (Shawinigan Cataractes) and WHL (Edmonton Oil Kings) as well as the host team.

Before you overlook Ansons and the Sea Dogs’ chances at winning it all after failing to capture their league title, know that the host team has made it to the Final in each of the last three tournaments. Since 2004, the host team has captured the Memorial Cup five times.

Ansons is the Penguins’ lone prospect playing in this year’s tournament. The 20-year-old winger is participating in his last year of junior eligibility, and he is expected to start his pro career in North America this upcoming season.

Saint John is back in action for the second game of their round-robin schedule tonight, Wednesday, June 21, against Edmonton. The Final is scheduled to take place next week on Wednesday, June 29.