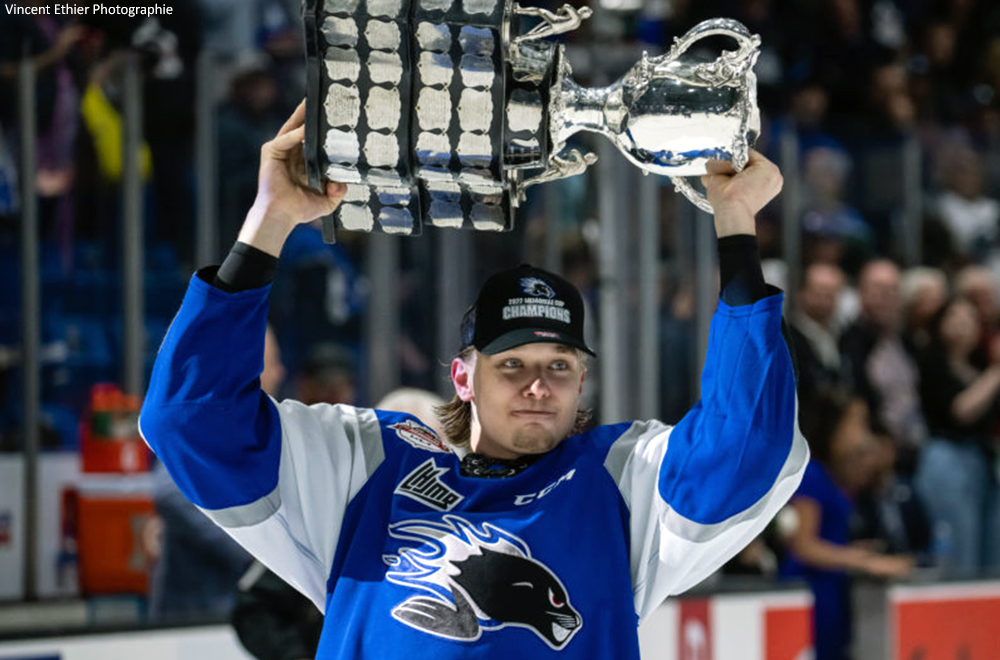 WILKES-BARRE, Pa. – Penguins prospect Raivis Ansons has wrapped up his junior career with some hardware. On Wednesday night, Ansons and the Saint John Sea Dogs won the 2022 Memorial Cup.

Saint John defeated the Hamilton Bulldogs, 6-3, in the single-elimination, winner-take-all Final. Ansons did not record any points in the Final, but he did finish the tournament with five points (1G-4A) in four games.

Ansons was drafted by the Pittsburgh Penguins in the fifth round (149th overall) of the 2020 NHL Entry Draft. The 20-year-old Latvian is expected to turn pro next season. In a televised, postgame interview before the Sea Dogs were awarded the Cup, Ansons revealed that his father and uncle flew to Saint John from Latvia to watch the Final in person.

“They watched all my games this season on TV, now they had a chance to come to the Memorial Cup in person,” Ansons said. “It feels great that they came to see me here.”

Ansons is just the second Latvian to ever win the Memorial Cup. The only other Latvian to capture the century-old trophy was Edgars Kulda in 2014 with the Edmonton Oil Kings.

Ansons will enjoy a parade in downtown Saint John as well as other championship festivities before reporting to Pittsburgh’s Prospect Development Camp early next month. Information on Development Camp can be found here.