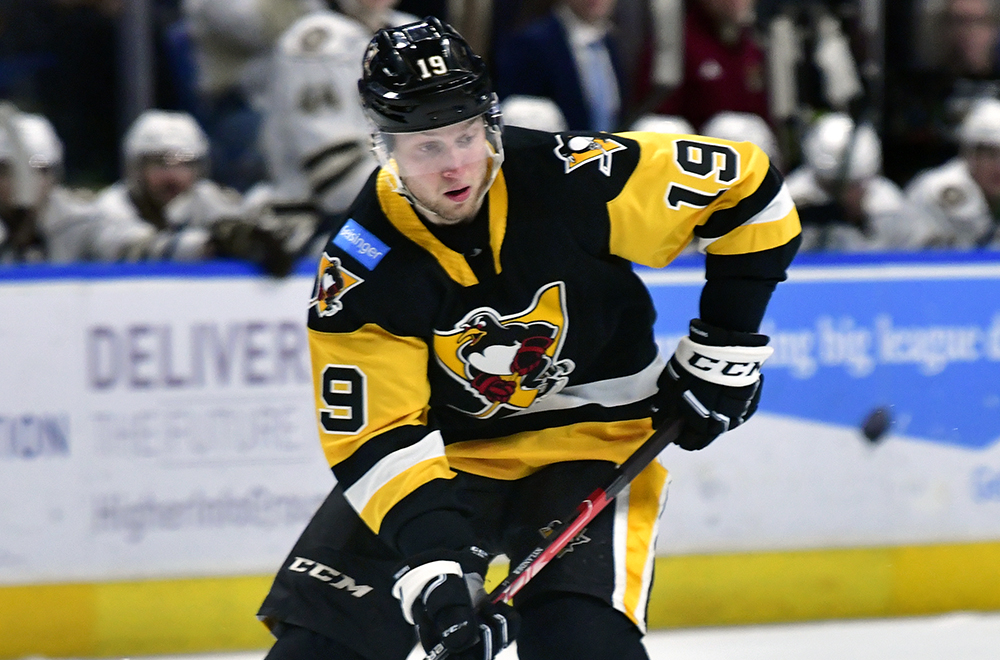 The Pittsburgh Penguins have re-signed forward Alex Nylander to a one-year contract, it was announced today by general manager Ron Hextall.

The two-way contract runs through the 2022-23 campaign and carries an average annual value of $750,000 at the NHL level.

Nylander, 24, was acquired by Pittsburgh on Jan. 5, 2022 and reported to Wilkes-Barre/Scranton (AHL) for the remainder of the season where he tallied 16 goals, 16 assists and 32 points in 44 games.

The 6-foot-1, 192-pound forward has 84 games of NHL experience under his belt, recording 13 goals, 19 assists and 32 points between the Chicago Blackhawks and Buffalo Sabres. His best NHL season came in 2019-20 campaign with Chicago when he recorded career highs across the board with 10 goals, 16 assists and 26 points in 65 games played.

The Calgary, Alberta native played one season of junior hockey with the Mississauga Steelheads of the Ontario Hockey League, recording a team-leading 75 points (28G-47A) in 57 games in 2015-16. The forward was named both the CHL and OHL Rookie of the Year after leading all OHL rookies in assists and points.

ON THE WORLD STAGE

Nylander was originally drafted by the Buffalo Sabres 8th overall in the 2016 NHL Draft and is the son of Michael Nylander, a veteran of 920 NHL games, and brother of Toronto Maple Leafs’ forward William Nylander.