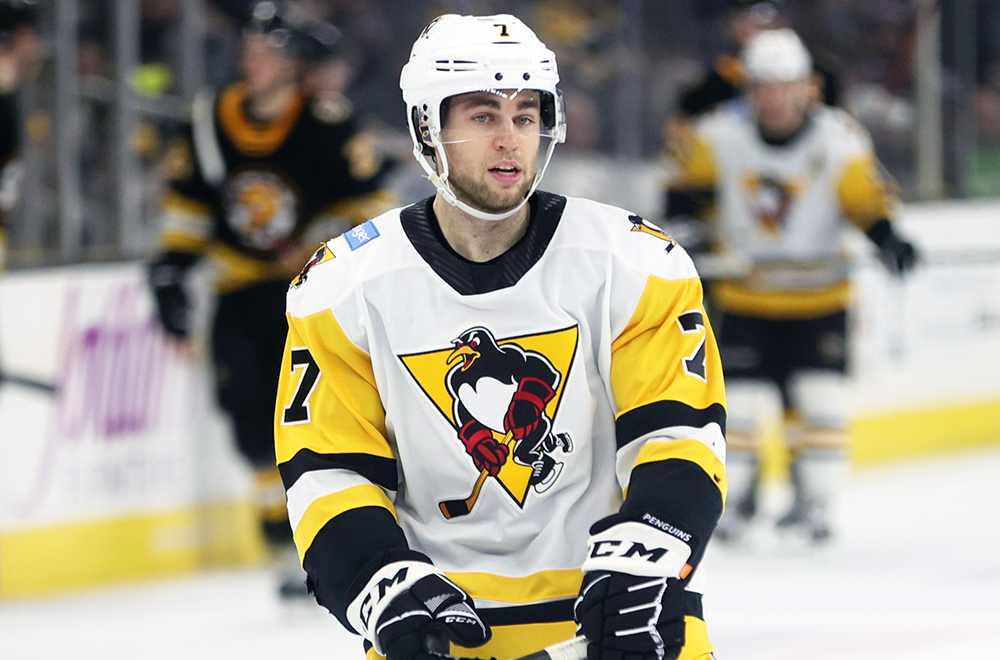 WILKES-BARRE, Pa. – The Wilkes-Barre/Scranton Penguins announced today that they have re-signed defenseman Mitch Reinke to an American Hockey League contract for the 2022-23 season.

Reinke, 26, spent the 2021-22 campaign with Wilkes-Barre/Scranton. The fifth-year pro produced three goals and 24 assists for 27 points last season.  Those 27 points ranked third among Penguins blueliners, and his 24 assists placed second among the team’s D-men.

Prior to becoming a Penguin, Reinke played for the San Antonio Rampage and Utica Comets. In 2018-19, he posted 33 assists to pace all Rampage blueliners, and his 45 points ranked first among all AHL rookie defensemen. That performance led to Reinke being named to the AHL All-Rookie Team.

In 203 AHL games, the Stillwater, Minnesota native has notched 22 goals and 84 assists for 106 points.

Reinke also has two games of NHL experience, both played with the St. Louis Blues. He made his NHL debut with St. Louis at the end of the 2017-18 season, and his second game came during the 2021 Stanley Cup Playoffs.

Before turning pro, Reinke had two strong seasons at Michigan Tech University. He registered 44 points (9G-35A) in 76 games as a member of the Huskies and was named to the Western Collegiate Hockey Association All-Rookie Team in 2016-17. Michigan Tech won the WCHA Championship in both of Reinke’s seasons, as well.