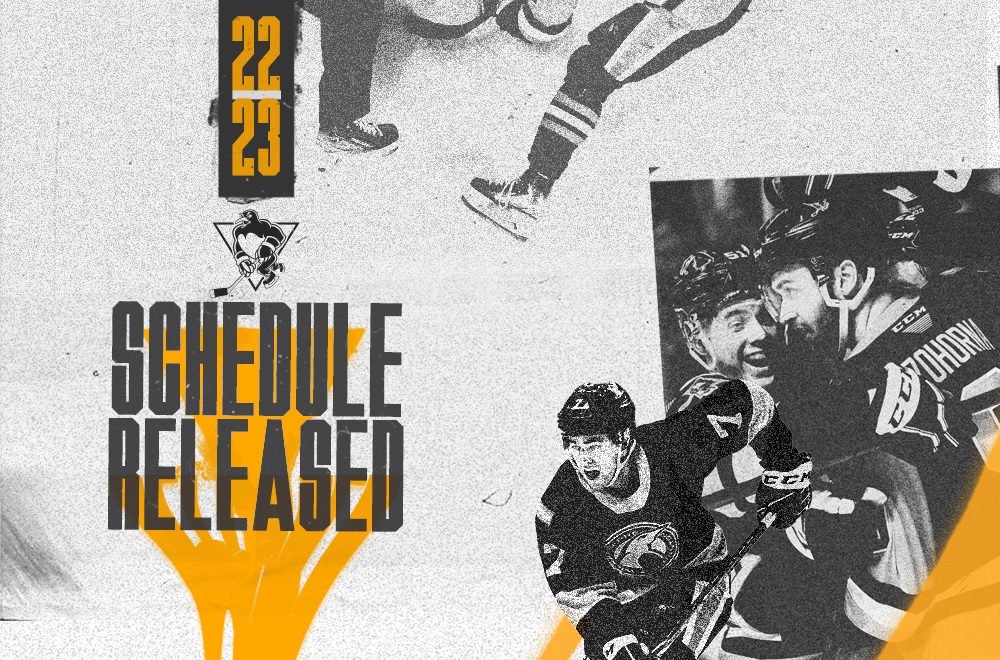 J.D. Forrest returns behind the bench for his third season as Penguins head coach after shepherding the team back to the Calder Cup Playoffs in April. Forrest and the Penguins will traverse a 72-game season (36 home/36 road) that features games against all 14 Eastern Conference opponents.

Wilkes-Barre/Scranton’s home opener will also serve as their season opener on Saturday, Oct. 15 by hosting the Lehigh Valley Phantoms at Mohegan Sun Arena at Casey Plaza.

Including the home opener, 26 of the Penguins’ 36 home games this season will take place on weekends, with 11 home dates on Friday, 13 on Saturday and two Sunday matinées.

Mohegan Sun Arena at Casey Plaza will feature a pair of marquee rivalry matchups during the holiday season this year, hosting home games on Black Friday (Nov. 25 vs. Lehigh Valley) as well as the first game back after the Christmas break (Tuesday, Dec. 27 vs. Hershey).

Wilkes-Barre/Scranton’s busiest month of the 2022-23 season is March, with 13 games on the docket including seven at home. March also features the team’s longest homestand of the season, four games that will take place over 10 days. The team does not have any road trips that span longer than three games, but three-game excursions occur seven times throughout the campaign.

The Penguins will also play four preseason games to prepare for the 2022-23 season. The first exhibition contest will be at home on Wednesday, Oct. 5 against Hershey at 10:30 a.m. The second preseason game is also at home on Friday, Oct. 7 against Lehigh Valley at 7:05 p.m. Wilkes-Barre/Scranton treks down I-80 to meet the Hershey Bears on Sunday, Oct. 9 at 5:00 p.m., and then the Black and Gold conclude their exhibition slate in Lehigh Valley on Wednesday, Oct. 12 at 7:05 p.m.

All 72 of the Penguins’ regular-season games will be broadcast over-the-air or streamed online via their radio partner, WILK Newsradio. Every regular-season game will also be available via the AHL’s premier streaming service, AHLTV.