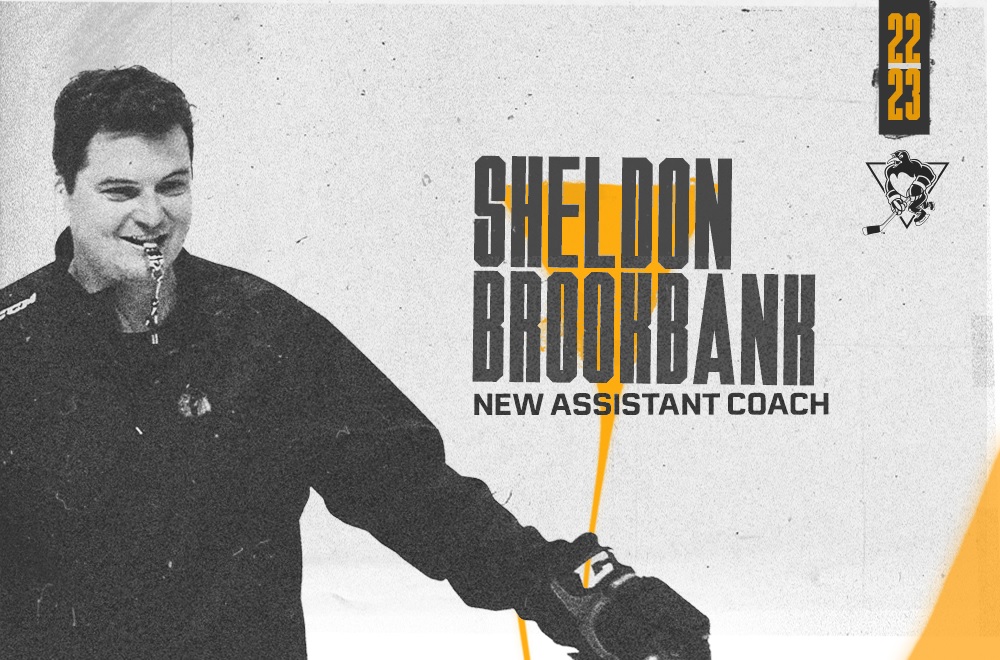 WILKES-BARRE, Pa. – The Wilkes-Barre/Scranton Penguins announced today that Sheldon Brookbank has been hired as an assistant coach.

Brookbank joins head coach J.D. Forrest and fellow assistant Kevin Porter behind the Penguins’ bench, whose deals all run through the 2023-24 season.

Brookbank brings five seasons of coaching experience to Wilkes-Barre/Scranton in addition to a 16-year pro playing career. The 41-year-old spent parts of the past four seasons as an assistant coach in the NHL for the Chicago Blackhawks.

The native of Lanigan, Saskatchewan racked up 853 professional games, 351 of which were spent in the NHL. Brookbank suited up for Chicago, the Nashville Predators, New Jersey Devils and Anaheim Ducks, and hoisted the Stanley Cup as a player for Chicago in 2013.

Brookbank appeared in 367 AHL games with the Grand Rapids Griffins, Milwaukee Admirals, Cincinnati Mighty Ducks, Lowell Devils and Cleveland Monsters. He won the Eddie Shore Award as the AHL’s best defensemen in 2006-07 with Milwaukee, when he led all league blueliners 38 assists and 53 points.