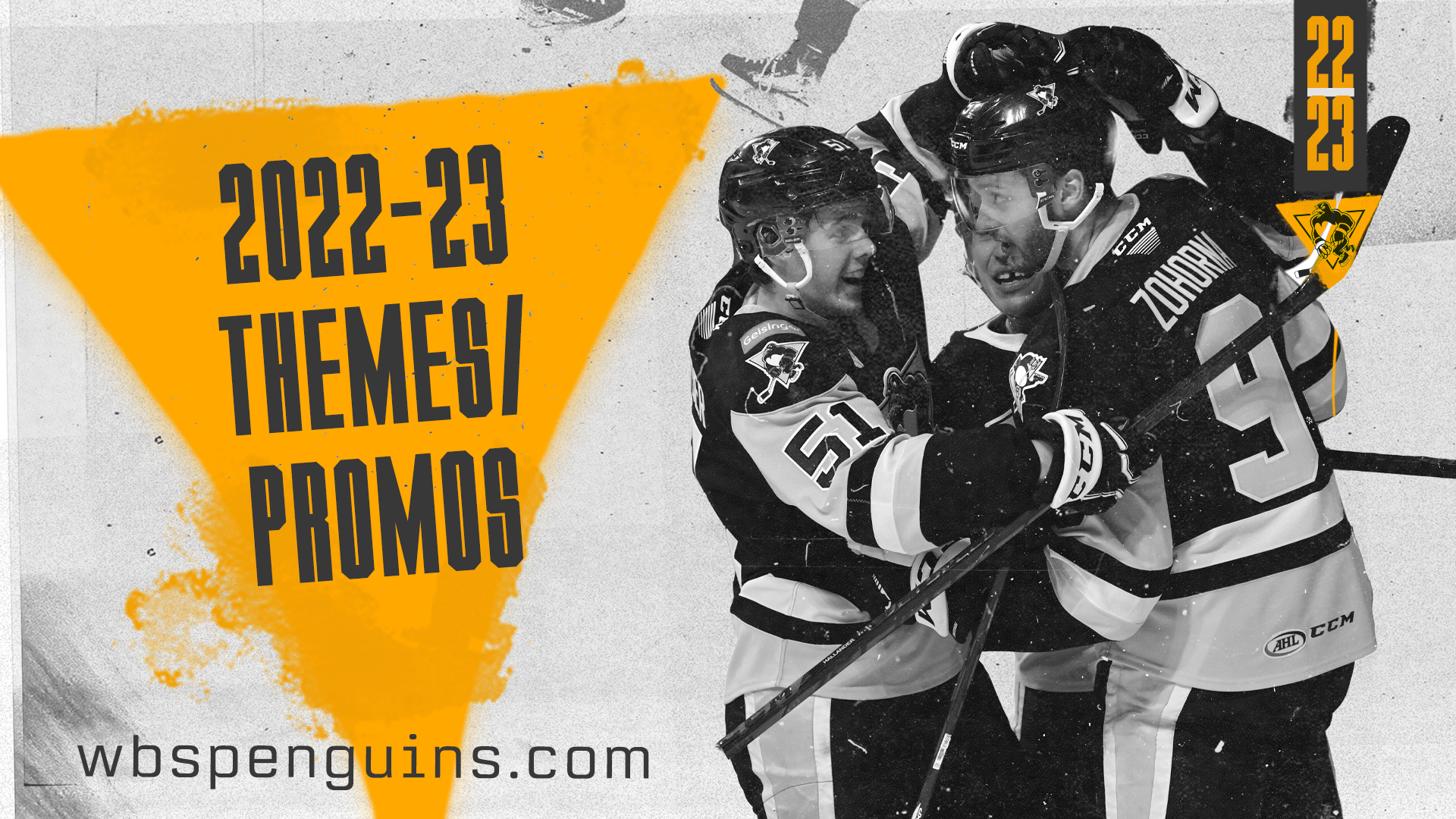 The Penguins regular-season schedule will feature 12 unique theme nights, as well as one preseason game. The 2022-23 campaign will also feature the return of popular promotions from previous seasons, such as Eyewitness News Fan Fridays and Kids Free Sunday presented by Knoebels.

The Penguins’ full promotional schedule can be found here. All game dates, times and promotions are subject to change.

Stay Tuned to Events With the Penguins at Mohegan Sun Arena

On the 11 Eyewitness News Fan Fridays at Mohegan Sun Arena at Casey Plaza, fans will be able to purchase select draught beers for $2 from 6:00 – 7:30 p.m. Six Friday home games will also feature postgame autograph sessions with select Penguins players. Postgame autographs signings are brought to you by the Citizens’ Voice–Times Tribune.

Kids Free Sunday presented by Knoebels allows for children ages 14 and under to attend Sunday home games free of charge with the purchase of an adult ticket.

Popular theme nights making a comeback for the Penguins and their fans include the annual Teddy Bear Toss (Dec. 17), Hockey Is For Everyone (Feb. 11), Military Appreciation Night presented by MetLife (Feb. 25), and Star Wars Night (Mar. 25) which includes Scout Night presented by Moritz Embroidery Works. The club will also host a Hall of Fame Celebration on Saturday, Dec. 3, including new inductions to the Wilkes-Barre/Scranton Penguins Hall of Fame for the first time since 2016. Hall of Fame inductees will be announced at a later date.

New theme nights for 2022-23 kick off with the previously announced ‘Learn With Hockey’ School & STEM preseason game. The Penguins will have their first WWE Night on Saturday, Nov. 5, two days before Monday Night RAW comes to Mohegan Sun Arena at Casey Plaza. Furthermore, Wilkes-Barre/Scranton is planning a special, one-of-a-kind theme night on Saturday, Apr. 1, but the details have yet to be announced.

Check Out Our Full Promotional Schedule

The Penguins’ full promotional schedule can be found below. All game dates, times, and promotions are subject to change.