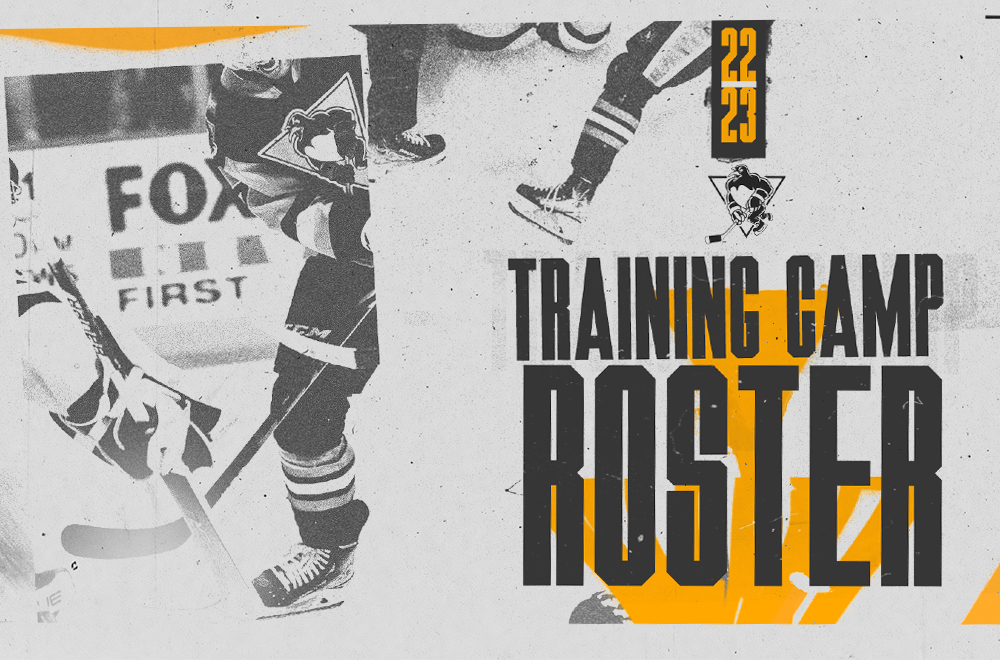 WILKES-BARRE, Pa. – The Wilkes-Barre/Scranton Penguins have announced their initial training camp roster prior to the 2022-23 season. Expect to see these players practicing in the rink to play during the season. You can also follow their physical stats, position, hometown, previous team, and birth date for good measure.

The initial training camp roster consists of 28 players (14 forwards, nine defensemen, and five goaltenders). Players will be added to the Wilkes-Barre/Scranton’s camp roster as the Pittsburgh Penguins’ preseason progresses and individuals may be assigned and reassigned to the AHL. The 28 players that will be present for the start of Penguins camp are… 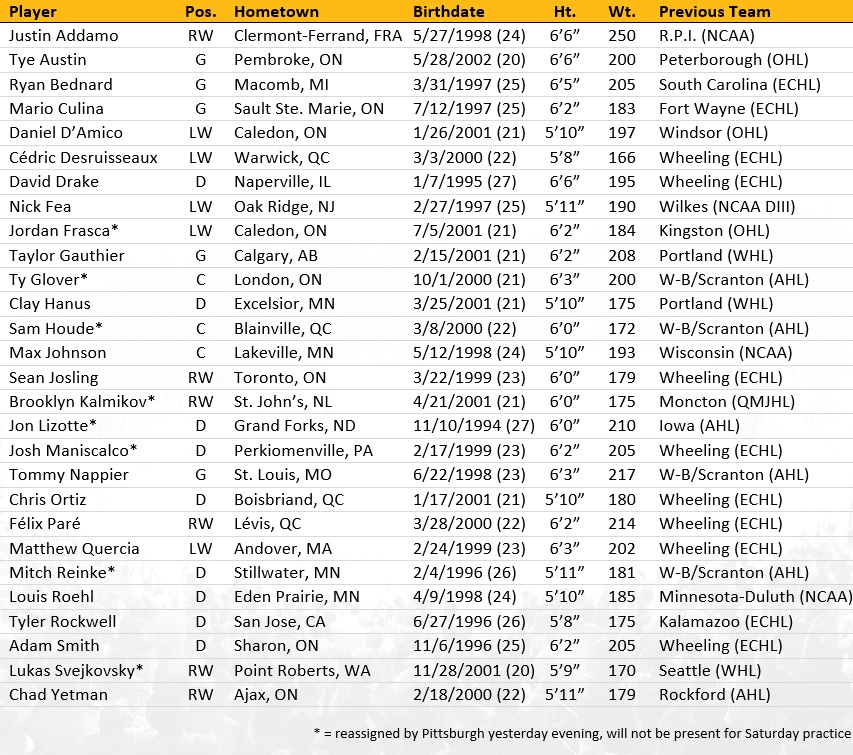 Season-ticket packages for Wilkes-Barre/Scranton’s 2022-23 regular season are on sale now. Full-Season, 22-game, 12-game, Flexbook and Premium Seating plans are available by reaching out to the Penguins directly at (570) 208-7367. Individual-game tickets are also available by visiting Ticketmaster.com, the Mohegan Sun Arena Box Office, or calling the Penguins’ front office at (570) 208-7367.