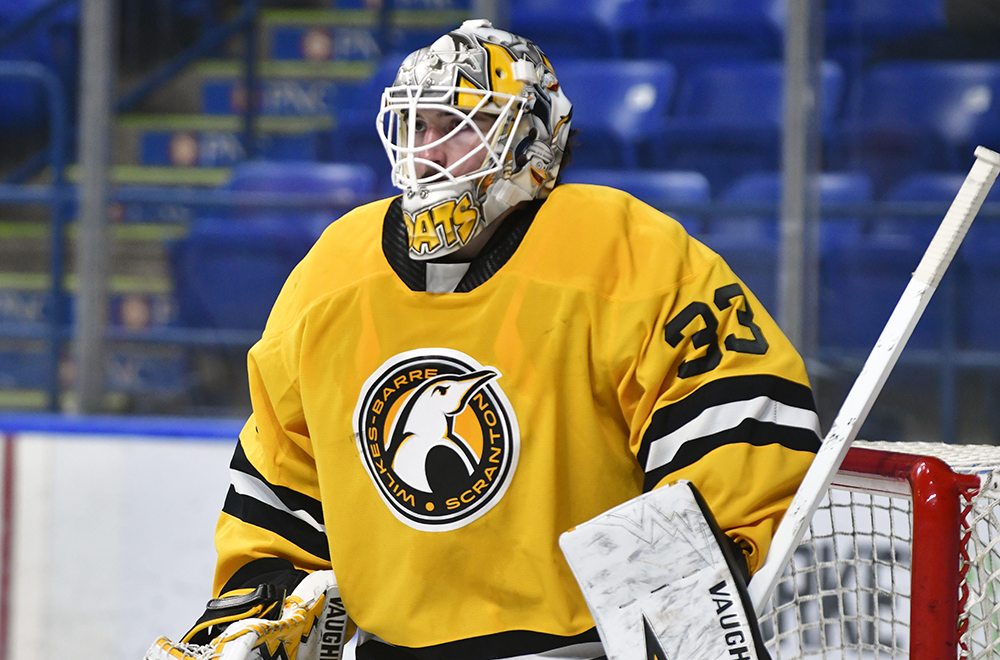 BOXSCORE WILKES-BARRE, Pa. – The Wilkes-Barre/Scranton Penguins blanked the Lehigh Valley Phantoms for a 2-0 win in their second preseason game at Mohegan Sun Arena at Casey Plaza on Friday night.

Wilkes-Barre/Scranton is now 2-0 in exhibition play, but a rookie goalie for Lehigh Valley made sure the Penguins had to work hard for their second victory of the preseason. Nolan Maier turned away 27 of 28 shots faced in 40 minutes of work, while Penguins netminders Tommy Nappier and Taylor Gauthier combined for a 16-save shutout.

Maier quickly rose to the occasion in the first preseason action of his AHL career, fending off a series of excellent scoring chances early in the game. Wilkes-Barre/Scranton out-bid Lehigh Valley 10-3 in the first period and then turned up the heat even more in the middle frame.

The Penguins out-shot the Phantoms 18-5 during the second period, with one of those shots finally getting past Maier. Mitch Reinke roofed a brilliant set up by Drake Caggiula and Valtteri Puustinen at the 16-minute mark of the second stanza.

Shortly after Reinke’s power-play goal, Sean Josling brought the fans in Northeastern Pennsylvania to their feet by dropping the gloves with Phantoms defenseman Cooper Zech. The tryout forward landed a series of heavy blows before he and his team retreated to the locker room for the second intermission with a 1-0 lead.

Maier was replaced by backup Jonathan Lemieux for the third period, but the Phantoms offense failed to get anything of substance through the Penguins’ defensive fortress. Eventually, Nathan Légaré ripped a shot through Lemieux to give Wilkes-Barre/Scranton some breathing room with less than three minutes remaining in regulation.

By the end of the game, the Penguins had doubled the Phantoms’ shot total, 38-16.

Nappier recorded six saves in 32 minutes of game time, while Gauthier denied 10 shots during his 28 minutes in the crease.