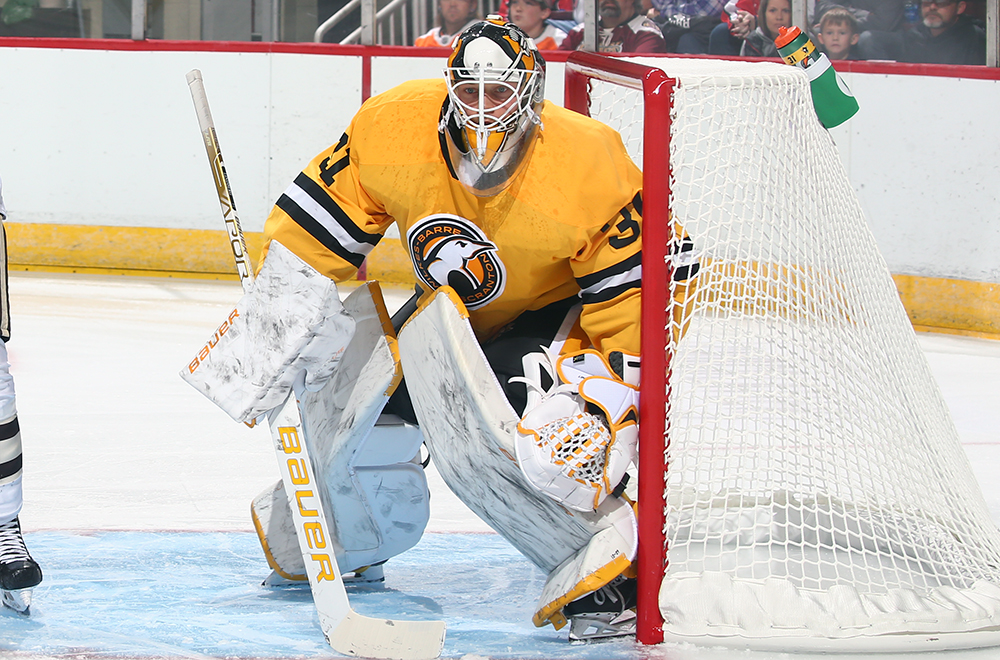 HERSHEY, Pa. – The Wilkes-Barre/Scranton Penguins rode a magnificent performance by netminder Filip Lindberg to a 3-2, shootout win over the Hershey Bears on Sunday at Giant Center.

Wilkes-Barre/Scranton improved to 3-0 in the preseason thanks to Lindberg’s stellar performance. The 23-year-old goalie stopped 38 shots in regulation and overtime, and then made five saves in the shootout to steal the exhibition win for his side.

The Penguins established an early lead when Chris Ortiz beat Bears goalie Zach Fucale 80 seconds into the game. That 1-0 lead persisted into the first intermission despite a barrage of shots generated by Hershey. Lindberg made 15 saves in his first period of AHL preseason action, including several dazzling stops during the penalty kill.

Hershey finally solved Lindberg at 1:51 of the middle frame, with Shane Gersich burying a one-timer from Sam Anas. However, Wilkes-Barre/Scranton hopped back ahead, 2-1, when Brooklyn Kalmikov rocketed a pinpoint shot past Fucale with 3:03 left in the second stanza.

By the end of the second period, Lindberg had already faced 30 shots.

Both teams repeatedly traded power plays during the third period, but it was a Penguins man advantage that led to Hershey tying the game. Henrik Rybinski poked a loose puck underneath Lindberg and across the goal line midway through the third period. His shorthanded tally tied the game, 2-2.

The Bears out-shot the Penguins, 6-0, in sudden death overtime, but Lindberg refused to yield.

The shootout ultimately reached six rounds, with Sam Poulin and Sam Houde lighting the lamp for Wilkes-Barre/Scranton. Lindberg made the final stop on Mike Vecchione, ensuring his team would stay perfect through three exhibition contests.

The Penguins’ final preseason game will be Wednesday, Oct. 12 against the Lehigh Valley Phantoms. Game time for the Penguins and Phantoms’ preseason finale is scheduled for 7:05 p.m. at PPL Center.

Wilkes-Barre/Scranton opens its regular season at home with another matchup against Lehigh Valley on Saturday, Oct. 15. Puck drop for the Penguins’ season opener is slated for 6:05 p.m.