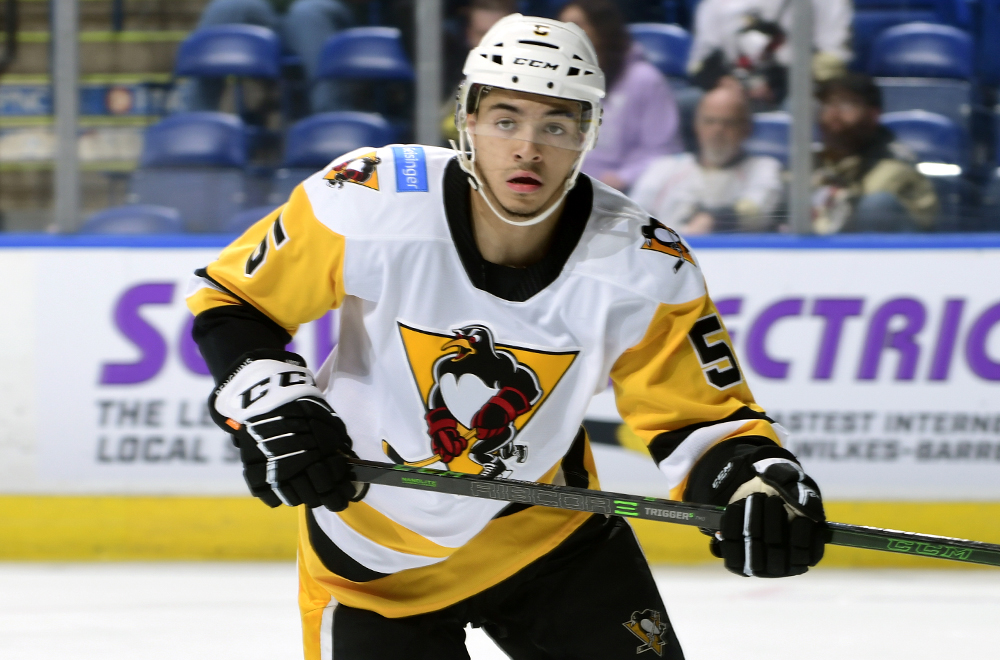 WILKES-BARRE, Pa. – The Wilkes-Barre/Scranton Penguins announced today that they have assigned defenseman Chris Ortiz to their ECHL affiliate, the Wheeling Nailers.

In eight games with the Penguins last season, the 21-year-old blueliner posted one goal and one assist for two points.

Ortiz also played for Wheeling in 2021-22, where he recorded 12 goals and 26 assists for 38 points in 54 games. He placed second among Nailers defensemen in all three of those categories.

Prior to turning pro, the Boisbriand, Québec native played four seasons in the Québec Major Junior Hockey League. In 231 QMJHL games with the Baie-Comeau Drakkar and Blainville-Boisbriand Armada, the blueliner racked up 129 points (20G-109A). Last season, Ortiz was a point-per-game player for his hometown team with four goals and 20 assists in 24 games.

Wilkes-Barre/Scranton’s next game is tonight, Monday, Oct. 17, against the Utica Comets at Adirondack Bank Center. Puck drop between the Penguins and Comets is 7:00 p.m.

The Penguins’ next home game is Friday, Oct. 21 against the Laval Rocket. Game time for the Rocket’s only visit to Northeast PA is scheduled for 7:05 p.m. at Mohegan Sun Arena at Casey Plaza.