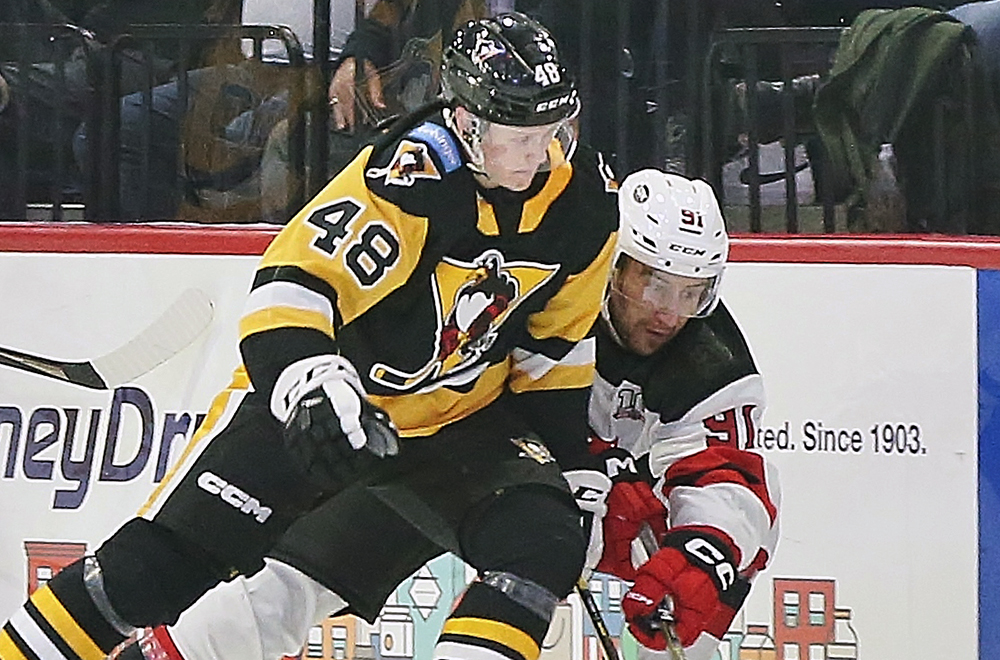 Penguins Weekly: (0-0-1-0) lost one game on a buzzer-beater, had second game postponed due to power outage

Saturday, Oct. 15 – PENGUINS 2 vs. Lehigh Valley 3 (OT)
The Penguins opened their season with a thrilling game on home ice, but it ended in an overtime loss. The Pens received a power-play goal by Alex Nylander in the second period and then forced OT with an extra-attacker goal from Sam Poulin. When it seemed the game was destined for the shootout, the Phantoms’ Louis Belpedio scored with 1.4 seconds remaining.

Monday, Oct. 17 – PENGUINS 1 at Utica 2 (suspended)
Wilkes-Barre/Scranton surrendered two first-period goals, but was building momentum in the second period following a power-play goal from Ty Smith. With the Penguins headed to another man advantage with 2:43 left in the frame, a power-outage at Adirondack Bank Center led to the game’s postponement. The American Hockey league later announced the game will resume on Tuesday, Jan. 24, 2023.

Friday, Oct. 21 – PENGUINS vs. Laval
The Laval Rocket make their first and only trip to Northeastern PA early this season. The last time the Penguins hosted the Rocket, Sam Poulin recorded a hat trick during a 6-2 win.

Sunday, Oct. 23 – PENGUINS at Providence
The Penguins and P-Bruins reignite their rivalry in 2022-23, with Providence coming off a major offseason makeover. Led by a squad of talented rookies as well as veteran scorers Vinni Lettieri and Connor Carrick, the Bruins have won both of their games thus far.

– Mark Friedman leads the Penguins with eight shots on goal, which is tied for second among AHL defenders.

– Other notable power outages in pro sports include Super Bowl XLVII between the Baltimore Ravens and San Francisco 49ers, as well as the Game 4 of the 1998 Stanley Cup Final between Edmonton Oilers and Boston Bruins. 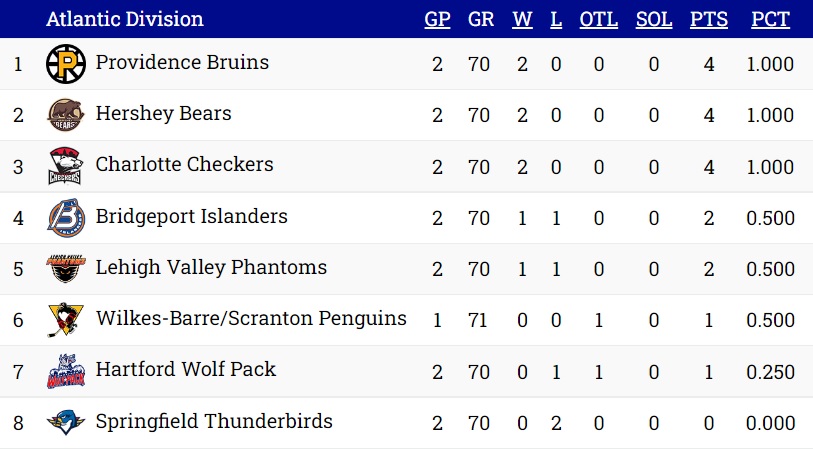 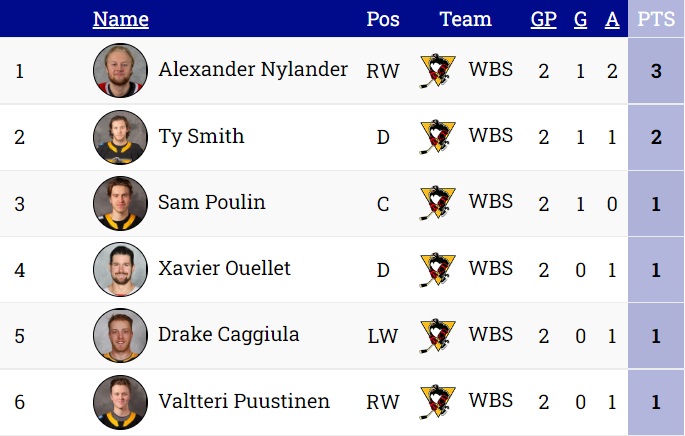 The Penguins’ next home game is Friday, Oct. 21 against the Laval Rocket. Game time for the Rocket’s only visit to Northeast PA is scheduled for 7:05 p.m. at Mohegan Sun Arena at Casey Plaza.