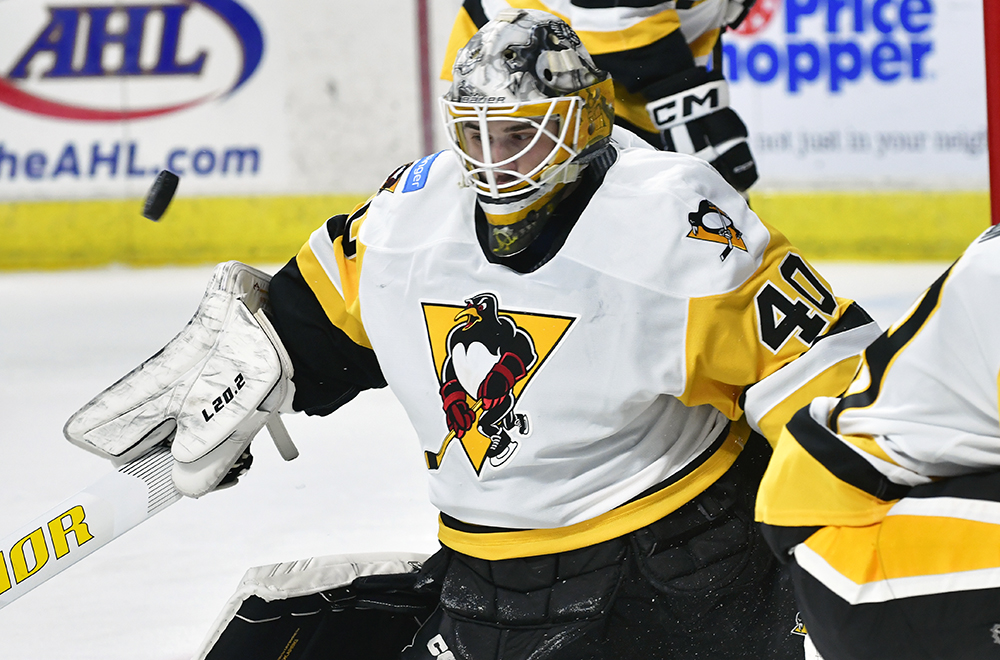 WILKES-BARRE, Pa. – The Wilkes-Barre/Scranton Penguins defeated the Laval Rocket, 2-1, for their first victory of the 2022-23 season on Friday night at Mohegan Sun Arena at Casey Plaza.

Wilkes-Barre/Scranton (1-0-1-0) notched both of its goals in the first period and then leaned on the goaltending of Dustin Tokarski to close things out. Tokarski was tasked with 21 shots in the last 40 minutes of play, 20 of which were rebuffed by the veteran netminder.

The Penguins found paydirt on their first power play of the game as Alex Nylander unleashed a bar-down snipe to open the scoring at 7:11 of the first period. Ty Smith picked up an assist on the power-play goal, maintaining both his and Nylander’s point-per-game pace through the first three games of the season.

Nathan Légaré increased Wilkes-Barre/Scranton’s lead to 2-0. From the Penguins’ defensive zone, Sam Houde knifed the puck to an open area of neutral ice and created a footrace between Légaré and the Rocket defense. Légaré charged past his opponents for a breakaway opportunity that he buried at 13:36.

Laval slowly turned the tide during the second stanza, gradually challenging Tokarski more and more. Tokarski, who had a quiet start to the game, was unfazed and helped maintain his team’s two-goal edge going into the second intermission.

Desperate to get on the board, the Rocket threw everything they could at the Penguins’ goalie, but he swallowed up their shots over and over again. It wasn’t until a six-on-four, extra-attacker power play that Laval got something past Tokarski. Gabriel Bourque’s one-timer from the low slot beat Tokarski with 3:03 left in regulation.

Laval pulled its goalie again for an extra attacker, but Tokarski did not let anything else sneak past him. He finished the night having made 26 saves. Cayden Primeau denied 21 shots for the Rocket.

Wilkes-Barre/Scranton’s next game is tomorrow, Saturday, Oct. 22, against the Hartford Wolf Pack. Game time for the Penguins’ first visit of the season to XL Center is 7:00 p.m.

The Penguins’ next home game is Wednesday, Oct. 26, when they welcome the Cleveland Monsters to town. Puck Drop for Wilkes-Barre/Scranton and Cleveland is slated for 7:05 p.m.