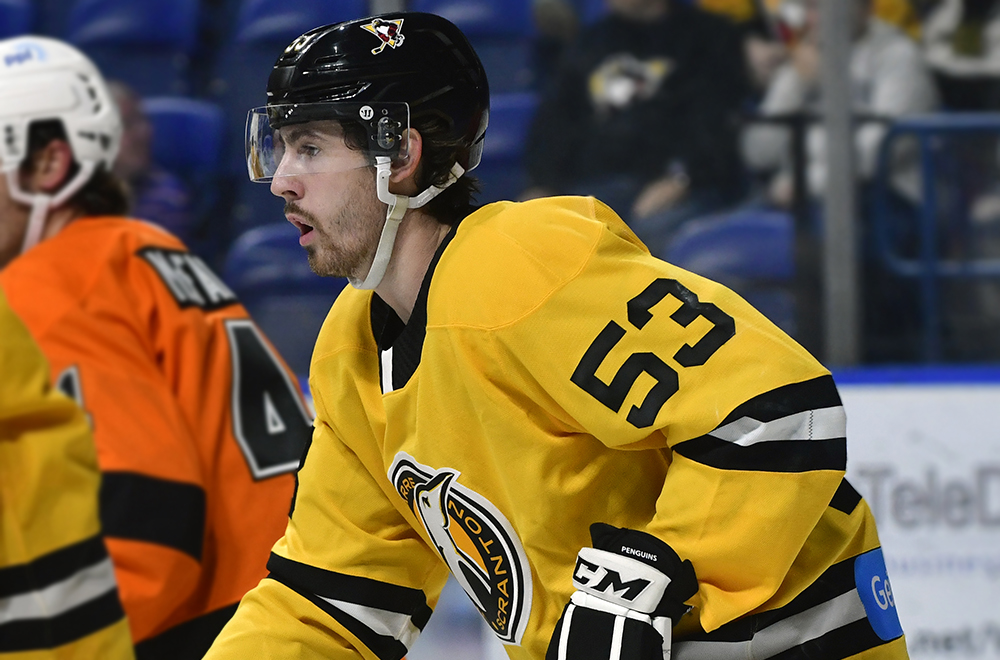 WILKES-BARRE, Pa. – The Wilkes-Barre/Scranton Penguins announced today that they have signed forward Sean Josling to an American Hockey League contract for the 2022-23 regular season.

Josling, who has already appeared in two games with the Wheeling Nailers this season, will remain assigned to the Penguins’ ECHL affiliate.

The 23-year-old from Toronto, Ontario recorded 33 points (14G-19A) in 36 games with the Nailers last season. His near-point-per-game-pace came one year after he tied for Wheeling’s team lead with 81 penalty minutes as a rookie in 2020-21.

In 88 career ECHL games, Josling has notched 21 goals and 41 assists for 62 points. He also dressed in 15 AHL contests for the San Diego Gulls last season. During that time, he tallied one goal and one assist.

Prior to turning pro, Josling was an undrafted free agent who played four seasons in the Ontario Hockey League for the Sarnia Sting. He topped the Sting with 46 assists and 78 points during the 2019-20 campaign and finished his OHL career with 189 points (86G-103A) in 250 games.

The Penguins’ next game is tomorrow, Wednesday, Oct. 26, against the Cleveland Monsters. Puck drop between the Penguins and Monsters is scheduled for 7:05 p.m. at Mohegan Arena at Casey Plaza.