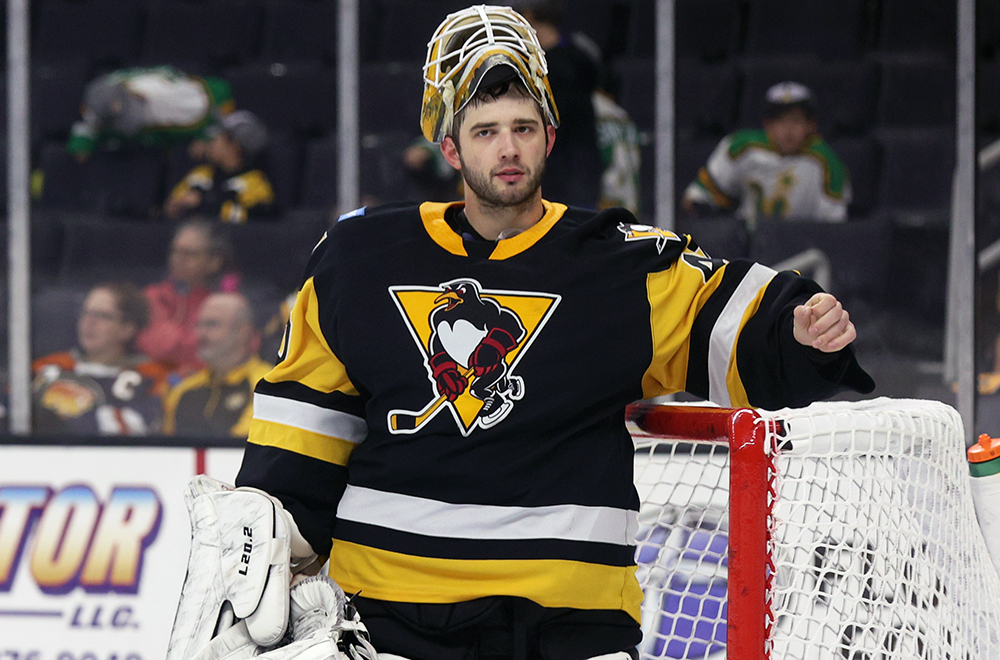 Penguins Weekly (6-0-1-0) have won six in a row, are the only team without a loss in regulation

Wednesday, Oct. 26 – PENGUINS 5 vs. Cleveland 1
Their most convincing win of the year, Penguins rode a three-point game from Drew O’Connor (2G-1A) and 32 saves from Dustin Tokarski to victory. Alex Nylander notched his team-leading fourth goal of the year, and Filip Hållander picked up a pair of assists.

Friday, Oct. 28 – PENGUINS 3 at Lehigh Valley 1
Wilkes-Barre/Scranton was propelled past Lehigh Valley by a pair of goals late in regulation. Valtteri Puustinen scored for the third game in a row, tying the game in the second period, 1-1. Tyler Sikura and Corey Andonovski tallied 74 seconds apart in the final three minutes of regulation to nab the win.

Saturday, Oct. 29 – PENGUINS 2 at Hershey 1 (OT)
The Penguins emerged on the winning side of a goalie duel, downing the Bears in overtime. Filip Lindberg turned in a 26-save gem, coming up with clutch saves in the third period as well as overtime. Hållander delivered the winner – and the team’s sixth win in a row – at 3:32 of OT.

Saturday, Nov. 5 – PENGUINS vs. Hershey
Wilkes-Barre/Scranton brings its win streak back to home ice and plans to bodyslam the Bears on WWE Night. WWE superstar Johnny Gargano will be at the game, and there is a special VIP Meet and Greet available for purchase. This will be Hershey’s first visit to Mohegan Arena at Casey Plaza since Nylander and the Penguins ended their season in overtime of Game 3 in the 2022 Calder Cup Playoffs First Round.

Sunday, Nov. 6 – PENGUINS at Hershey
The Penguins and Bears go head-to-head for the third game in a row. Wilkes-Barre/Scranton is only 3-12-1-0 in its last 16 visits to Giant Center, but it has won two in a row in Chocolatetown.

– Filip Hållander is on a five-game point streak (2G-4A), the longest of his AHL career.

– Valtteri Puustinen is on a four-game point streak (3G-1A), the longest of his AHL career.

– Dustin Tokarski sits first among AHL goalies with a 1.38 goals against average. He also ranks third in save percentage (.949). 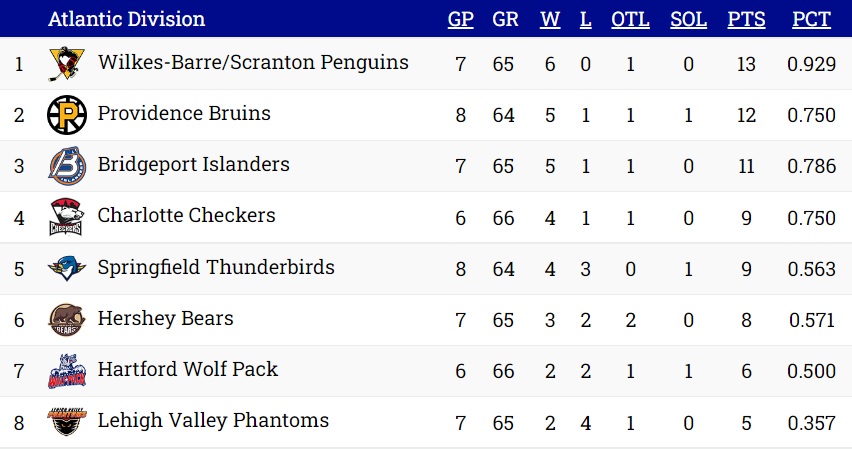 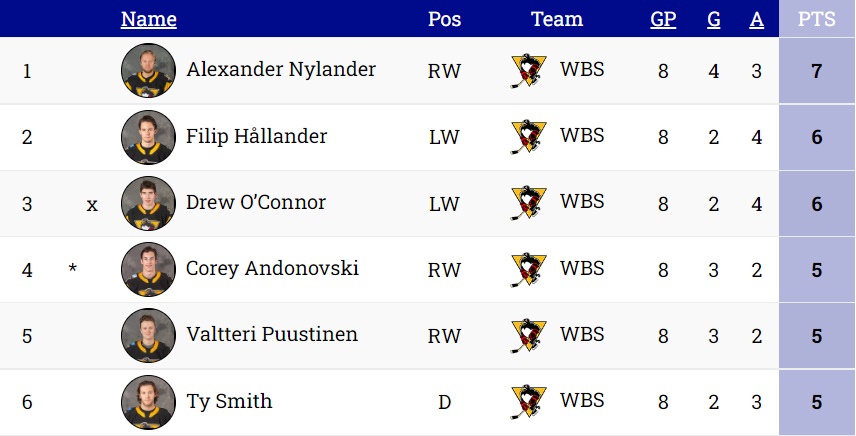