PENGUINS’ STREAK AT SIX AFTER 2-1, OT THRILLER IN HERSHEY 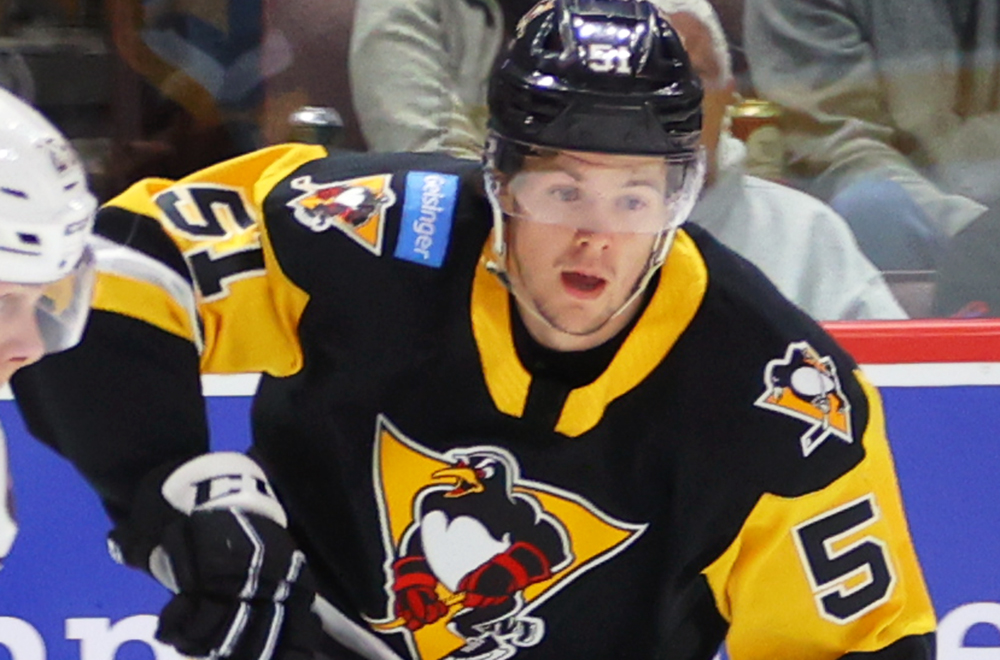 HERSHEY, Pa. – The Wilkes-Barre/Scranton Penguins came out on the winning side of a goaltending duel against the Hershey Bears, winning 2-1 in overtime at Giant Center on Saturday.

The win extended Wilkes-Barre/Scranton’s win streak to six games and ensured that it would be only team in the AHL that remains unbeaten in regulation through October (6-0-1-0).

Hershey’s Sonny Milano opened the scoring at 6:48 of the first period.

The Bears went on to build a 6-2 advantage in shots through the first 14 minutes of action, until the Penguins flipped the game on its head. Wilkes-Barre/Scranton peppered Shepard with five shots in quick succession. One of those bids tied the game.

Corey Andonovski picked up the puck at the Hershey blueline and muscled through a pair of defenders before sweeping in the equalizer late in the opening frame.

After a ho-hum second period, both teams turned up the heat in the third. Shepard was tasked with shutting down three different Penguins power plays and several point-blank looks at even strength. Lindberg delivered a highlight-reel breakaway save on Milano at nine-minute mark of the frame.

The goaltending exhibition continued into overtime, where Shepard stonewalled a similar mano a mano chance against Tyler Sikura. Lindberg countered with a post-to-post, barrel roll save on a Bears odd-man rush.

After a handful of near-misses, Hållander finally solved Shepard and with a shot from the corner.

Lindberg finished the game with 26 stops, while Shepard was the tough-luck loser with 27 saves.

Wilkes-Barre/Scranton’s next game is back on home ice, also against Hershey on Saturday, Nov. 5. Next Saturday’s game is also WWE Night, featuring a VIP Meet & Greet with WWE Superstar Johnny Gargano. Fans who wish to purchase tickets to the game and the Johnny Gargano VIP Meet & Greet can visit this link. Game time is scheduled for 6:05 p.m. at Mohegan Arena at Casey Plaza.