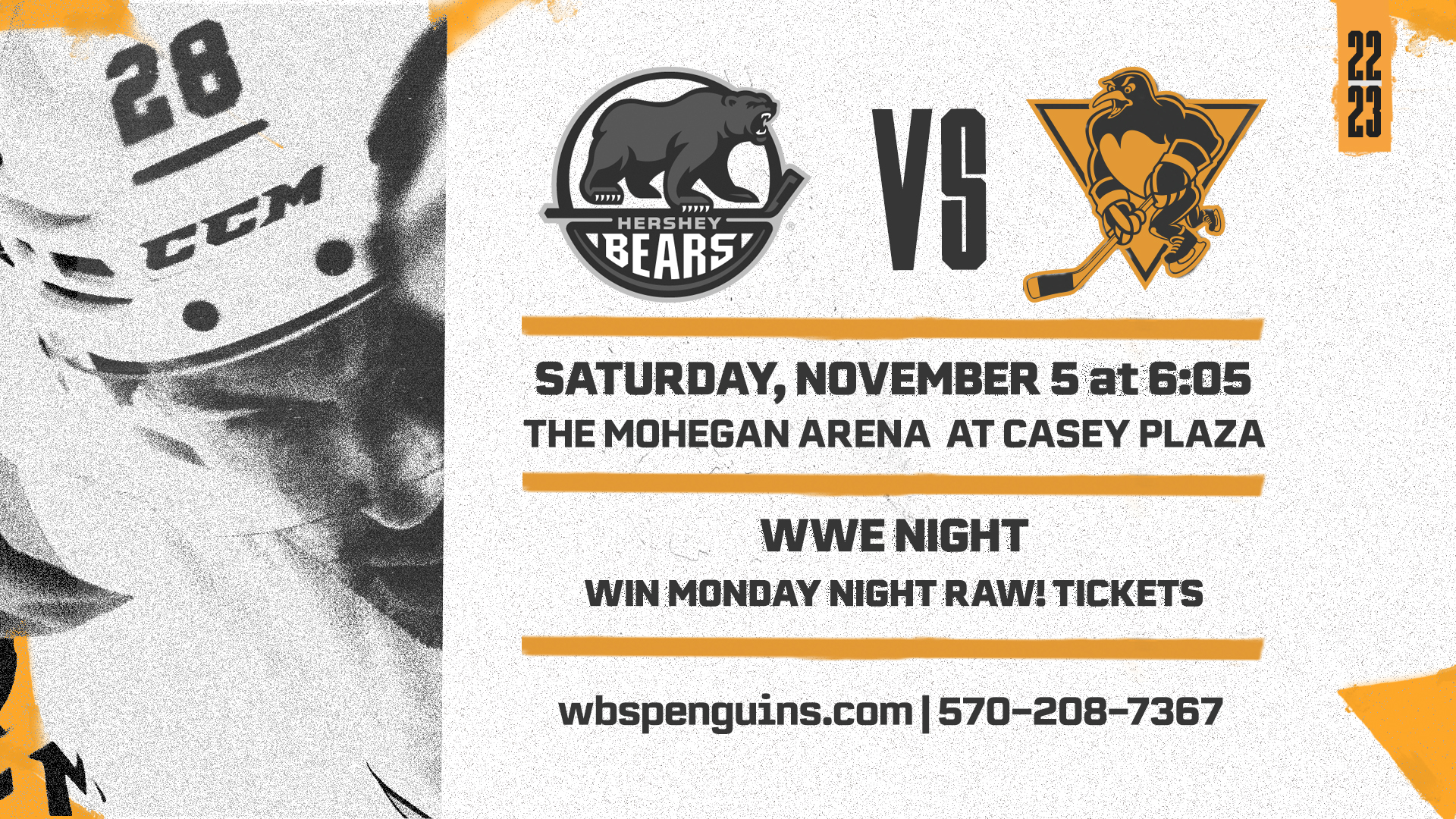 The Wilkes-Barre/Scranton Penguins look to put the Hershey Bears in a chokehold on WWE night at Mohegan Sun Arena at Casey Plaza. The Penguins look to take a 2-0 series lead in the battle of I-81.

Goaltender Dustin Tokarski was named AHL Goaltender of the Month on Tuesday after posting a 0.949 SAV% and a league leading 1.38 GAA.

The Pittsburgh Penguins called up Drew O’Conner on Monday after scoring 6 points in 8 games. Drake Caggiula will rejoin Wilkes-Barre/Scranton after appearing in 3 games with Pittsburgh.

The Wilkes-Barre/Scranton Penguins are at the top of the league with 13 points in 7 games.

Hershey is leading the AHL with a league-low 24.57 shots against per game.

Zach Frucale and Hunter Shepard are both ranked in the AHL’s top 20 in GAA this year. Frucale has posted a 2.23 GAA, while Shepard has a 2.42 GAA.

The Penguins take on the Bears tomorrow at 5:00 in Hershey.

The Penguins next home game is Friday, Nov. 11 at 7:05 against the Hartford Wolfpack.  It’s another Eyewitness News Fan Friday, with select draft beers available for just $2 from 6-7:30pm, courtesy of Coors Light.

We’ll also be hosting our first Citizens Voice/Times Tribune Postgame Autograph Session of the season.  Stick around after the game to meet two of your favorite Penguins players on the concourse.

Individual game tickets and season-ticket packages for the 2022-23 season are on sale now.  Full-Season, 22- game, 12-game, Flexbook and Premium Seating plans are available by reaching out to the Penguins directly at (570) 208-7367.