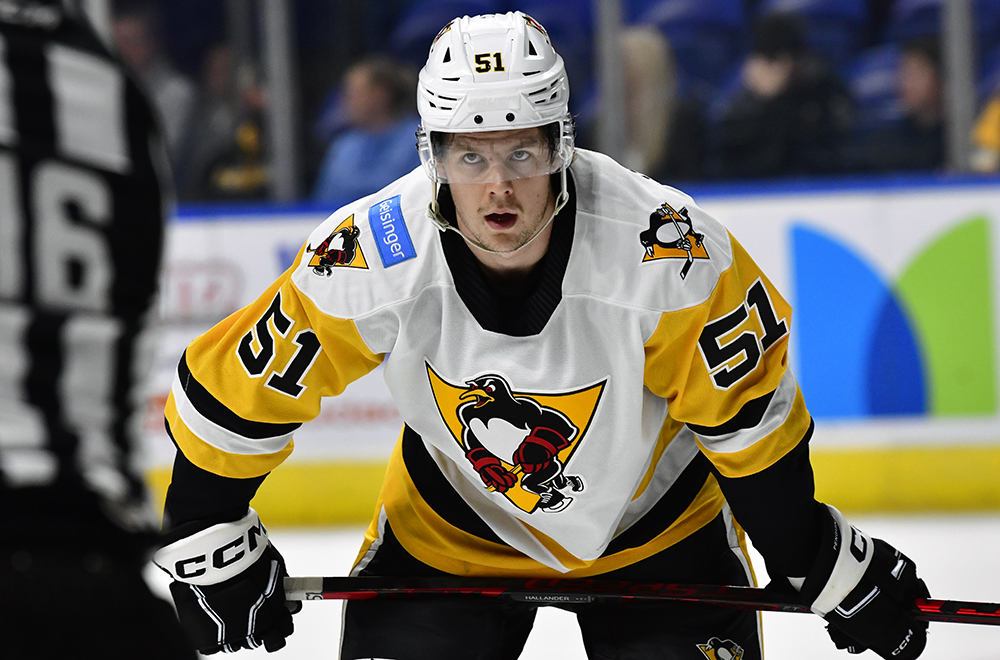 Saturday, Nov. 5 – PENGUINS 1 vs. Hershey 2
For the second game in a row, Wilkes-Barre/Scranton and Hershey battled to a 2-1 score. However, the Penguins did not come out on top this time, and they were handed their first regulation loss of the season. Alex Nylander scored the Penguins’ lone goal with 55.9 seconds left in regulation, his team-leading fifth goal of the season.

Sunday, Nov. 6 – PENGUINS 3 at Hershey 4
Wilkes-Barre/Scranton started an incredible rally in the third period, but their comeback bid fell short. Down 4-0 entering the final frame, Jonathan Gruden lit the lamp 14 seconds in. Filip Hållander, who set up Gruden’s goal, scored midway through the frame and then tallied again late in regulation. Despite out-shooting Hershey in the third period, 20-3, an equalizer never materialized.

Friday, Nov. 11 – PENGUINS vs. Hartford
The Penguins return home for an Eyewitness News Fan Friday against the Hartford Wolf Pack. Wilkes-Barre/Scranton came out on top in their only other meeting this season by a 4-3 score in the shootout. The Penguins are 34-9-2-2 (.766) in their last 47 games against the Wolf Pack. Hartford has still yet to win an away game this season (0-4-1-0).

Saturday, Nov. 12 – PENGUINS vs. Springfield
Wilkes-Barre/Scranton will take on Springfield for the first time since the Thunderbirds bounced the Penguins from the 2022 Calder Cup Playoffs. T-Birds forward Nathan Todd’s seven goals are tied for the second-highest total in the league. Springfield’s man disadvantage unit is proving to be lethal for foes as well. It’s penalty kill is among the top 10 in the league (83.3%), and the T-Birds lead the AHL with four shorthanded goals.

– Dustin Tokarski leads all AHL goalies with a 1.50 goals against average. His .945 save percentage also ranks second.

– Filip Hållander’s three-point game on Sunday was the seconds three-point outing of his AHL career (3G; Feb. 26, 2022 at BRI).

– The last time a Penguins skater picked up three points in a single period was Juuso Riikola (3A) on Apr. 16 vs. Bridgeport.

– The Penguins have scored three extra-attacker goals this season.

– Before Sunday, the last time the Penguins recorded 20 shots in a single period was pre-pandemic, Jan. 24, 2020 at Charlotte. 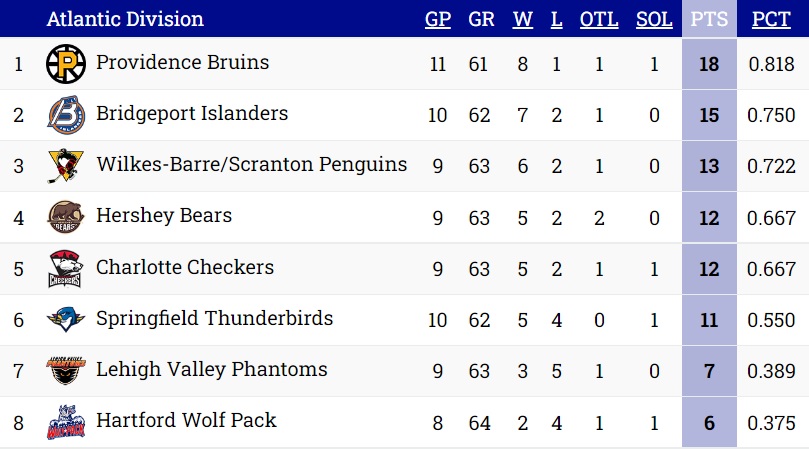 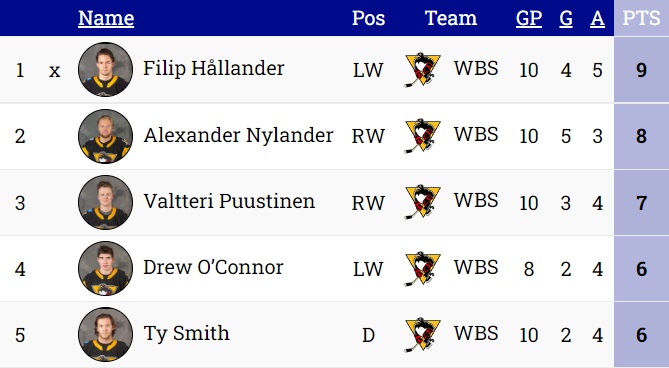