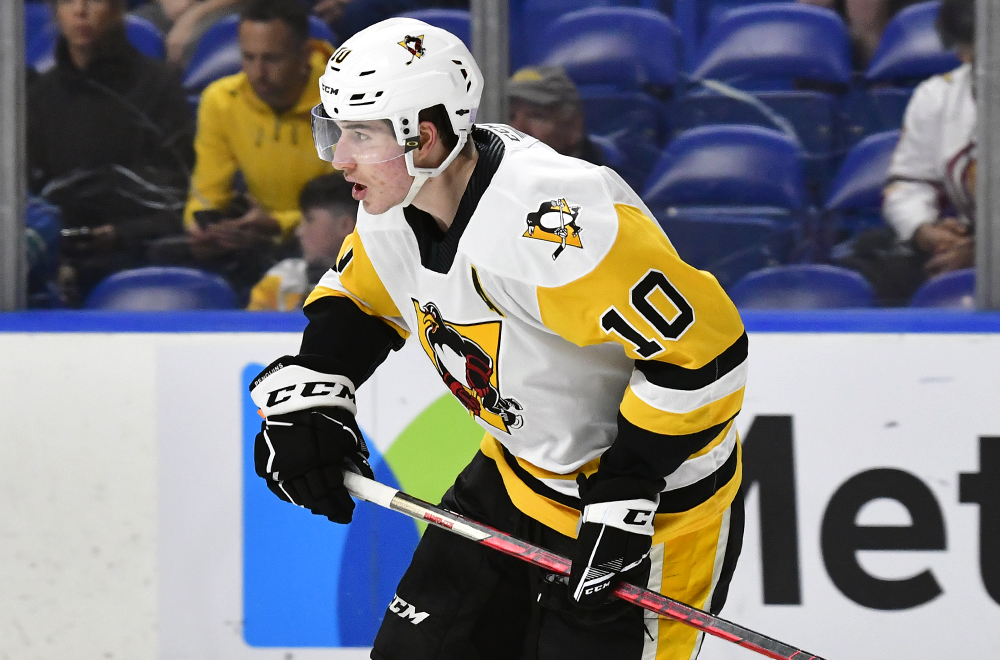 WILKES-BARRE, Pa. – The Wilkes-Barre/Scranton Penguins lost by a score of 3-1 to the Hartford Wolf Pack on Friday night at Mohegan Arena at Casey Plaza.

In a game that featured a lot of special teams scoring, Wilkes-Barre/Scranton (6-3-1-0) received its lone goal from Drew O’Connor in his first game back from Pittsburgh. However, Hartford pulled away by striking twice in the third period.

Hartford got on the board first, connecting on a two-on-none, shorthanded rush. Tim Gettinger delivered the finish at 14:34.

After Penguins forward Corey Andonovski squared up for a fight with the Wolf Pack’s Matt Rempe in the second period, Hartford was sent to the penalty kill as Rempe was tagged with an instigating penalty. Wilkes-Barre/Scranton then used its man advantage to light the lamp. O’Connor took a centering feed from Drake Caggiula and roofed it top corner at 7:35 of the middle frame.

Even at 1-1 going into the third, the game could have gone either way. Hartford tilted the scales in its favor when Lauri Pajuniemi scored fewer than two minutes into the period.

Despite a valiant comeback effort from the Penguins, an equalizer never arrived. The Wolf Pack sealed their win with an empty-net goal by Gettinger when the Penguins were down two men in the penalty box.

Dustin Tokarski denied 20 of the 22 shots, while Hartford goalie Louis Domingue made 29 saves.

The Penguins’ next game is tomorrow, Saturday, Nov. 12, as they take on the Springfield Thunderbirds. Game time for the Penguins and T-Birds is 6:05 p.m. at Mohegan Arena at Casey Plaza.