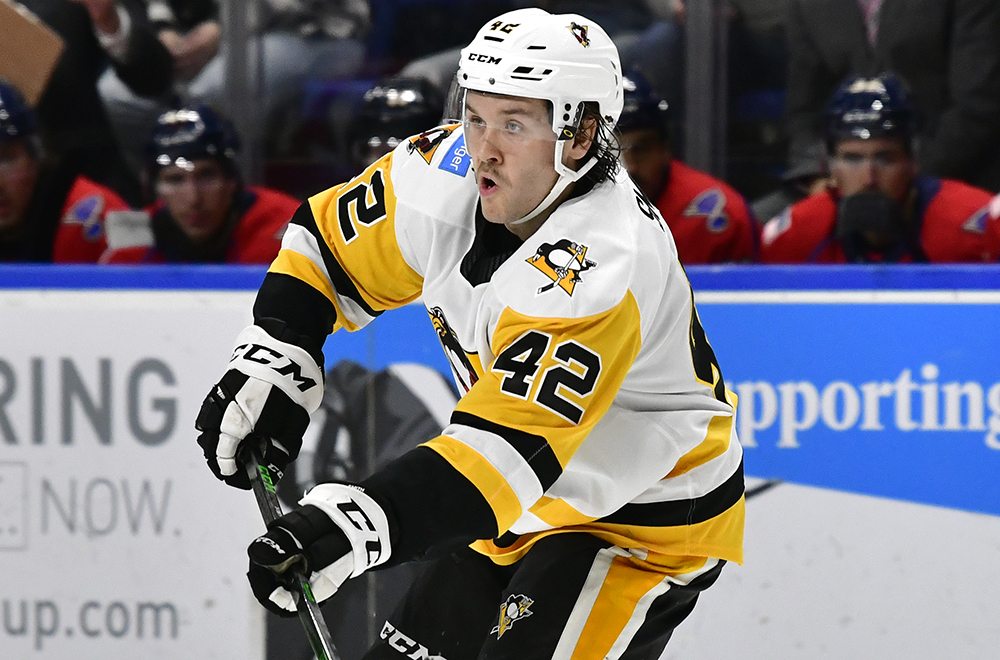 WEEKLY – Penguins (6-4-1-0) will play seven games in 12 days, starting at home against the Bears on Friday

Friday, Nov. 11 – PENGUINS 1 vs. Hartford 3
Tied 1-1 going into the third period, the second meeting of the season between the Penguins and Wolf Pack could have gone either way. Unfortunately, Hartford scored early in that final frame and added a late empty netter for the win. Drew O’Connor notched Wilkes-Barre/Scranton’s lone goal, a man-advantage marker midway through the game.

Saturday, Nov. 12 – PENGUINS 2 vs. Springfield 3
The Penguins rallied from a 2-0 deficit in the third period with a pair of power-play goals from Sam Houde and Ty Smith. However, former Penguin Anthony Angello reestablished the T-Birds’ lead. Despite Wilkes-Barre/Scranton’s whopping 41 shots on goal, Angello’s go-ahead goal proved to be enough.

Friday, Nov. 18 – PENGUINS vs. Hershey
The Penguins and Bears meet up for the fourth time this season and second at Mohegan Arena at Casey Plaza. Hershey leads the season series, 2-0-1-0, and have gained a point in the standings in all three matchups.

Saturday, Nov. 19 – PENGUINS at Bridgeport
The Penguins and Islanders square off for the first time this season. The Penguins went 4-2-0-0 against the Islanders last season, including two late-season victories by a combined score of 15-7. Bridgeport rookie Ruslan Iskhakov is tied for first among rookies with 14 points (4G-10A).

Monday, Nov. 21 – PENGUINS at Charlotte
For the first time this season, the Penguins will take to the air and fly down to Charlotte, North Carolina for a two-game set at Bojangles’ Coliseum. Wilkes-Barre/Scranton is 5-5-0-0 in Charlotte since the Checkers returned to the Eastern Conference in 2017-18.

– Dustin Tokarski leads all AHL goalies with a 1.58 goals against average, while his .941 save percentage ranks third overall.

– The Penguins have scored at least one power-play goal in each of their four November games.

– The Penguins’ 41 shots on Saturday were their most in a game all season.

– The Penguins have scored four extra-attacker goals this season. 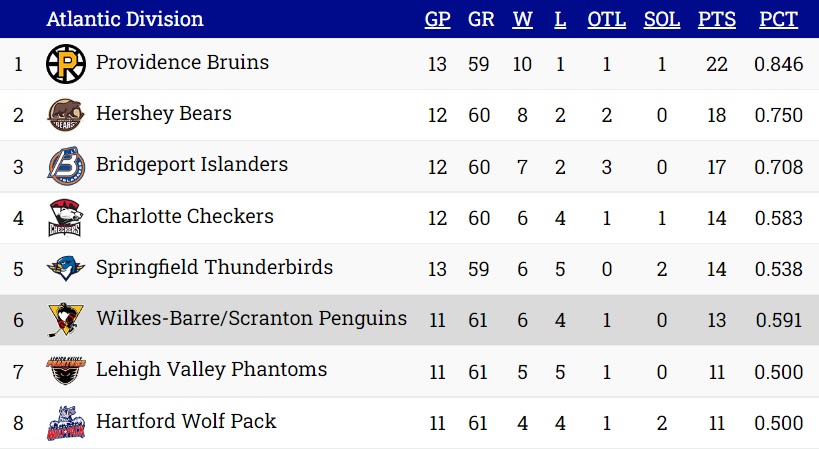 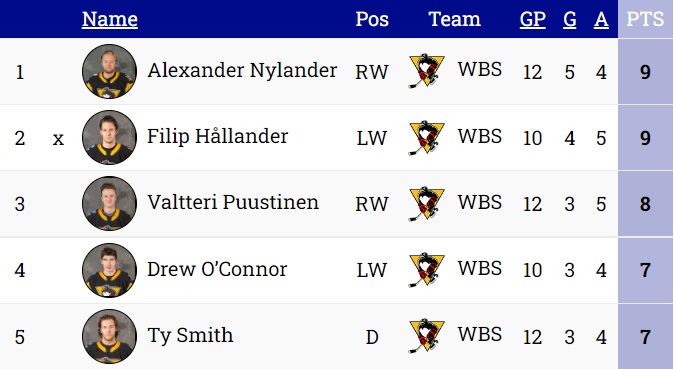