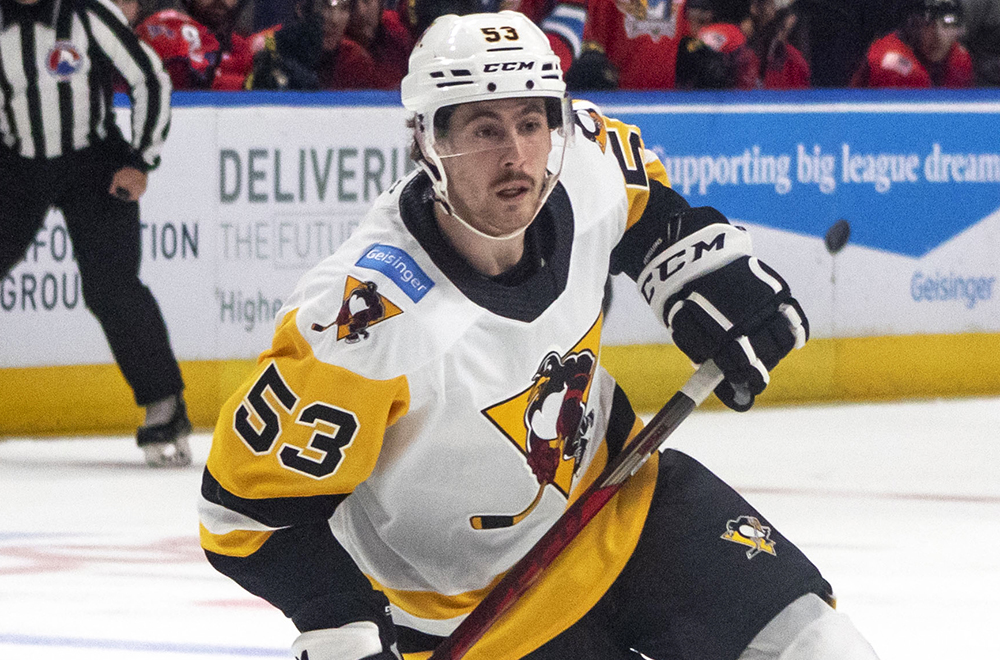 WILKES-BARRE, Pa. – The Wilkes-Barre/Scranton Penguins announced today that they have reassigned forward Sean Josling to their ECHL affiliate, the Wheeling Nailers.

Josling made his Penguins debut this past Saturday, Nov. 12, against the Springfield Thunderbirds. He recorded no points and one shot on goal during the contest.

The third-year pro has appeared in seven games with Wheeling this season. At the time of his call-up to Wilkes-Barre/Scranton last Friday, he led the Nailers with three goals. Josling is still tied for the team lead in that category. A native of Scarborough, Ontario, Josling has four total points (3G-1A) in those seven contests.

The 23-year-old recorded 33 points (14G-19A) in 36 games with the Nailers last season. His near-point-per-game pace came one year after he tied for Wheeling’s team lead with 81 penalty minutes as a rookie in 2020-21. Josling also dressed in 15 AHL contests for the San Diego Gulls last season. During that time, he tallied one goal and one assist.

Josling signed an AHL contract with Wilkes-Barre/Scranton for the 2022-23 season after a training camp performance that saw him pick up two assists in three preseason games.

The Penguins’ next game is tomorrow, Friday, Nov. 18, against the Hershey Bears. Tomorrow’s contest is also an Eyewitness News Fan Friday featuring select draft beers on sale for $2 from 6:00 – 7:30 p.m. courtesy of the PA Prostate Cancer Coalition.

Puck drop between the Penguins and Bears is slated for 7:05 p.m. at Mohegan Sun Arena at Casey Plaza.