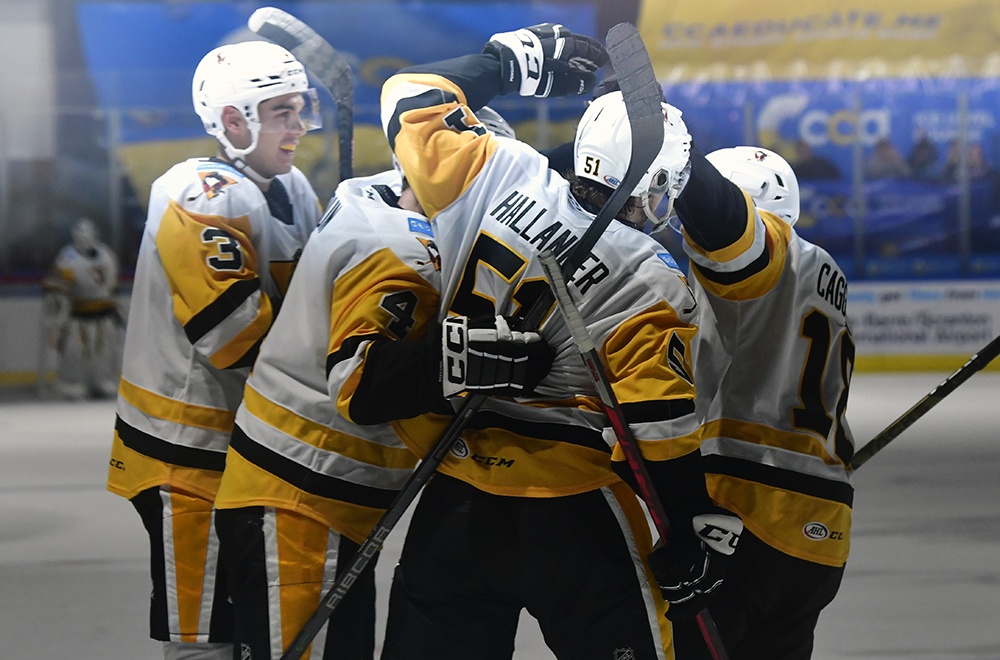 Wednesday, Nov. 23 – PENGUINS 5 at Charlotte 2
The Penguins asserted themselves physically and delivered a 5-2 drubbing of the Checkers with five different goal-scorers. Filip Hållander led Wilkes-Barre/Scranton’s offense with three assists, and Mark Friedman scored his first goal as a Penguin.

Friday, Nov. 25 – PENGUINS 3 vs. Lehigh Valley 2 (SO)
Down by two goals with less than half the third period to go, the Penguins received goals from Valtteri Puustinen and Drake Caggiula (SHG) to force overtime and win in a shootout. Alex Nylander scored the lone shootout goal, and the comeback gave goaltender Dustin Tokarski his 200th AHL win.

Saturday, Nov. 26 – PENGUINS 3 at Springfield 2 (SO)
In their last game of a grueling six-in-nine stretch, Wilkes-Barre/Scranton pulled off another third-period comeback and defeated the T-Birds in another shootout. Puustinen scored again to get the game to extra time. Nylander and Sam Poulin tallied the shootout strikes for the winning side.

Tuesday, Nov. 29 – PENGUINS at Hershey
Tonight, the Penguins take on their bitter rival for the fifth time this season. Both teams have won twice in the previous four meetings, with Wilkes-Barre/Scranton forward Filip Hållander leading the way with four goals and five points.

Saturday, Dec. 3 – PENGUINS vs. Bridgeport
The Pens’ and Islanders’ tilt will feature pre-game ceremonies for the Penguins Hall of Fame inductions of Steve Barrouk, Tom Grace and Tom Kostopoulos. More information on this year’s inductees can be found here.

– Dustin Tokarski is the 16th goaltender in AHL history to achieve 200 career wins.

– Wilkes-Barre/Scranton is 7-0-0-0 in games when it does not score a power-play goal.

– Valtteri Puustinen is on his second three-game goal-scoring streak of the season. The Penguins are 6-0-0-0 this season when Puustinen finds the back of the net.

– Eleven of the Penguins’ 17 decisions have been decided by a one-goal margin. 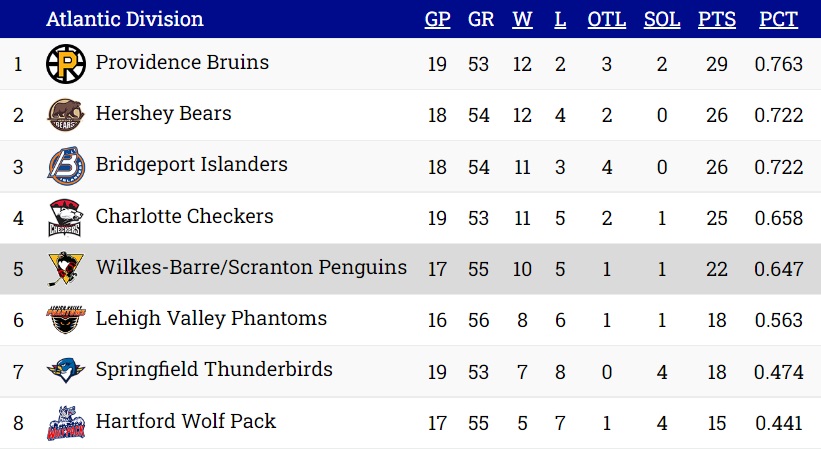 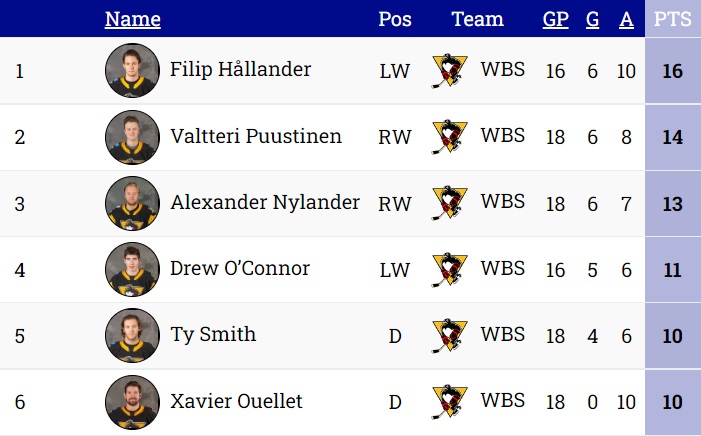