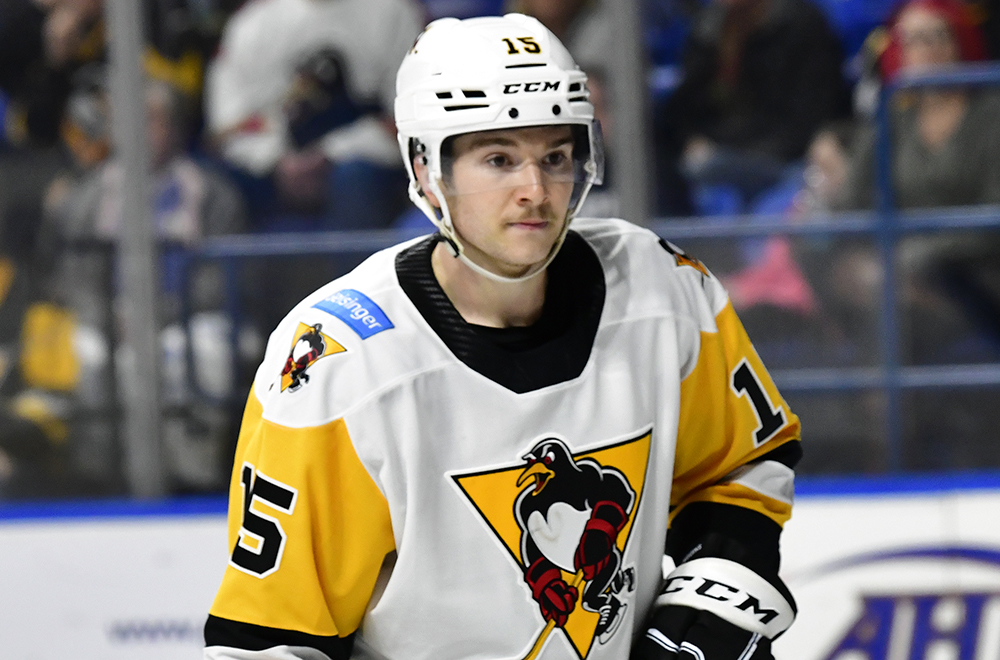 Swoyer, 24, has appeared in three games for Wilkes-Barre/Scranton this season and did not record any points in that time.

After leading Michigan Tech University defensemen in points for the second-straight year, Pittsburgh signed Swoyer to a one-year, entry-level contract on Mar. 28, 2022. The native of Hinsdale, Illinois suited up for five regular season games on an amateur tryout agreement with Wilkes-Barre/Scranton at the end of the 2021-22 campaign and produced no points. However, he did procure an assist when making his Calder Cup Playoffs debut for the Penguins in May.

Prior to turning pro, Swoyer played four years at Michigan Tech. In 141 games with the Huskies, he amassed 14 goals and 58 assists for 72 points.

The Penguins’ next game is tonight, Saturday, Dec. 3, against the Bridgeport Islanders. Tonight’s contest will also feature pre-game ceremonies for the three newest inductees to the Wilkes-Barre/Scranton Penguins Hall of Fame: Steve Barrouk, Tom Grace and Tom Kostopoulos.

Saturday’s puck drop between the Penguins and Islanders is slated for 6:05 p.m. at Mohegan Sun Arena at Casey Plaza.