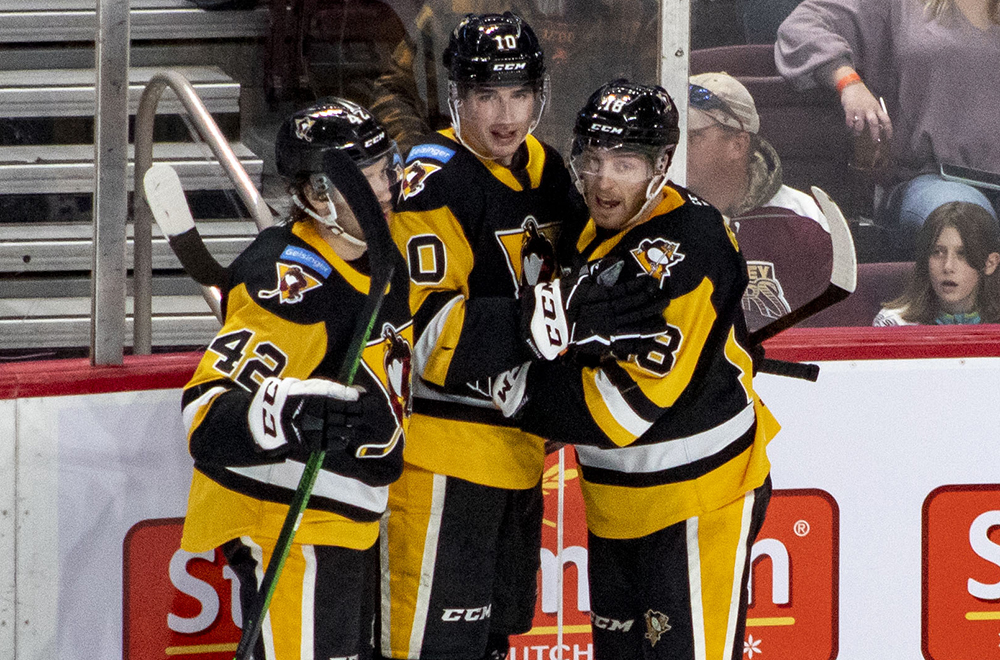 Penguins put all their focus into one game this week: Friday vs. Monsters

Tuesday, Nov. 29 – PENGUINS 3 at Hershey 4 (SO)
For the third-straight game, Wilkes-Barre/Scranton required a shootout. The game started with aplomb, as Drake Caggiula and Valtteri Puustinen scored in the first seven minutes. Hershey climbed back into the contest, playing to a 2-2 tie after two periods. Nathan Légaré put the Pens ahead again with a power-play goal, but the Bears equalized midway through the final frame. Dustin Tokarski made a season-high 40 saves, but the team fell in the three-round shootout.

Saturday, Dec. 3 – PENGUINS 1 vs. Bridgeport 5
Steve Barrouk, Tom Grace and Tom Kostopoulos were honored pre-game and inducted into the Wilkes-Barre/Scranton Penguins Hall of Fame. The celebration turned to commiseration when Bridgeport rattled off five-straight goals in the second and third periods. Légaré scored for the second-straight game, the first time he tallied in back-to-back games in his career.

Sunday, Dec. 4 – PENGUINS 7 at Hershey 3
Responding to the previous night’s loss, Wilkes-Barre/Scranton routed the Bears and snapped their five-game win streak. The Penguins received goals from seven different players: Filip Hållander, Alex Nylander, Puustinen, Mitch Reinke, Drew O’Connor, Jonathan Gruden and Tyler Sikura. They flipped a 3-2 deficit into a four-goal lead by rattling off five goals in 7:07 of game time. It was just the third time in team history that the Pens scored seven goals in Hershey.

Friday, Dec. 9 – PENGUINS vs. Cleveland
The Penguins’ only game this week is an Eyewitness News Fan Friday against the Cleveland Monsters. Cleveland has the highest goals for per game average in the Eastern Conference (3.95), but the Penguins are 6-0-1-0 at home all-time against the Monsters franchise.

– The last time Wilkes-Barre/Scranton scored five goals in a period on the road was Nov. 15, 2015 at Hartford.

– Valtteri Puustinen has 10 points (5G-5A) in his last eight games. The Penguins are 7-0-0-1 this season when Puustinen finds the back of the net.

– Five of Filip Hållander’s seven goals this season have come against Hershey.

– Twelve of the Penguins’ 21 decisions have been decided by a one-goal margin. 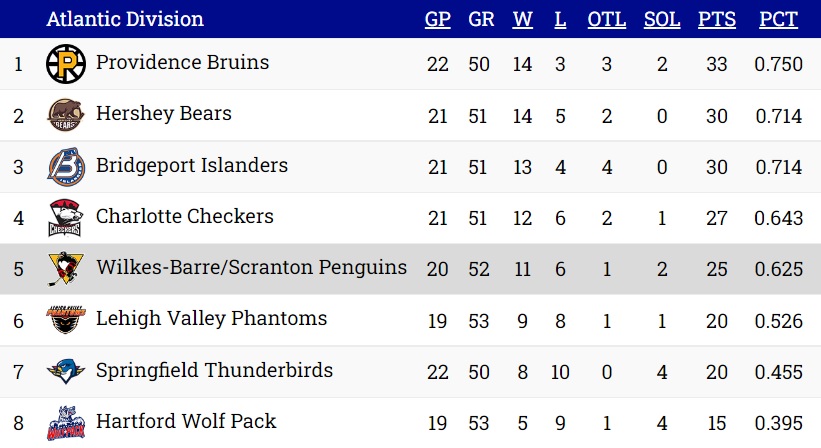 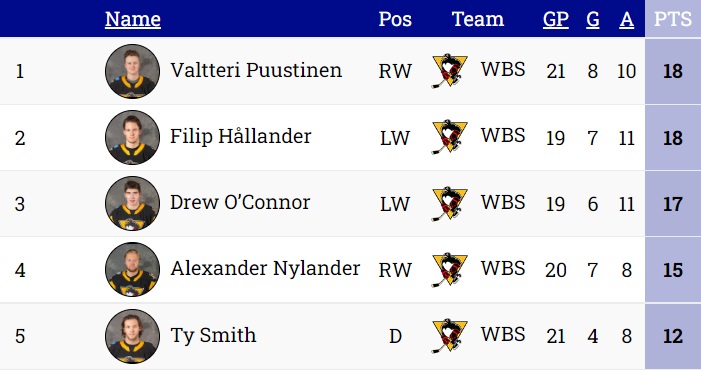