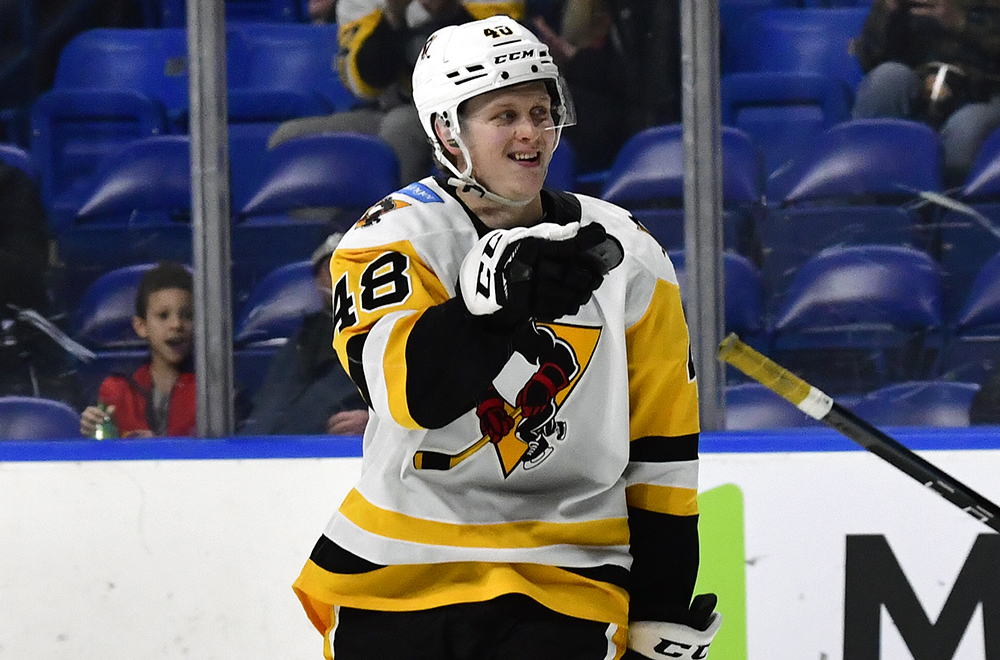 Wilkes-Barre/Scranton readies for rivalry weekend with Bears in town

Friday, Dec. 9 – PENGUINS 8 vs. Cleveland 1
The Penguins somehow one-upped their seven-goal outing from last Sunday and erupted for an 8-1 decimation of the Monsters. Seven different Penguins found the back of the net, but Drew O’Connor led the team’s offense with a career-high five points (2G-3A). Nathan Légaré notched the first goal of the night with five seconds left in the first period, followed by a five-goal middle frame from the Pens. O’Connor picked up four of his five points during that second-period barrage, and then the team generated a pair of power-play goals in the third to reach the eight-goal mark for the first time this season.

Friday, Dec. 16 – PENGUINS vs. Hershey
The Penguins host the Bears in the first of back-to-back home games. This will be the seventh meeting of the season between the two clubs, with both teams earning three wins in the previous six matchups. Wilkes-Barre/Scranton forwards Filip Hållander (5G-2A) and Valtteri Puustinen (2G-5A) lead the season series with seven points, and five of Hållander’s seven goals on the season have come against Hershey. This game is also an Eyewitness News Fan Friday. Select beers will be on sale for $2 from 6:00-7:30 p.m. courtesy of Coors Light.

Saturday, Dec. 17 – PENGUINS vs. Hershey
Wilkes-Barre/Scranton and Hershey square off at Mohegan Sun Arena at Casey Plaza for the second night in a row. Saturday’s game is also the Penguins’ annual Teddy Bear Toss. Fans are encouraged to bring new, unwrapped stuffed animals to the game. The stuffed animals will be thrown onto the ice by fans after the Penguins’ first goal, and all toys will be donated to children in need this holiday season through Tobyhanna Army Depot Operation Santa Claus. The game will also be broadcast on local television on WQMY MyNetworkTV.

– By scoring 15 goals in its last two contests, Wilkes-Barre/ Scranton established a new franchise record for most combined goals in consecutive games.

– Drew O’Connor has earned nine points (3G-6A) in his last two games. The only other Penguin to post nine points in a two-game span was Chris Conner (4G-5A) in February of 2010.

– Valtteri Puustinen has 11 points (6G-5A) in his last nine games. The Penguins are 8-0-0-1 this season when Puustinen scores a goal. 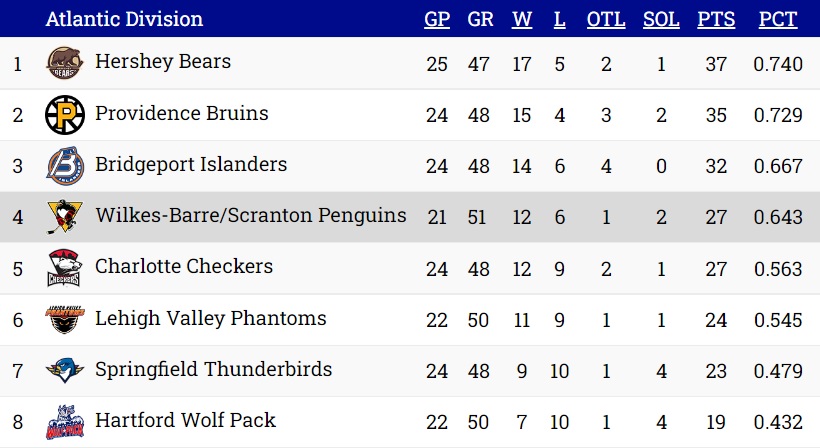 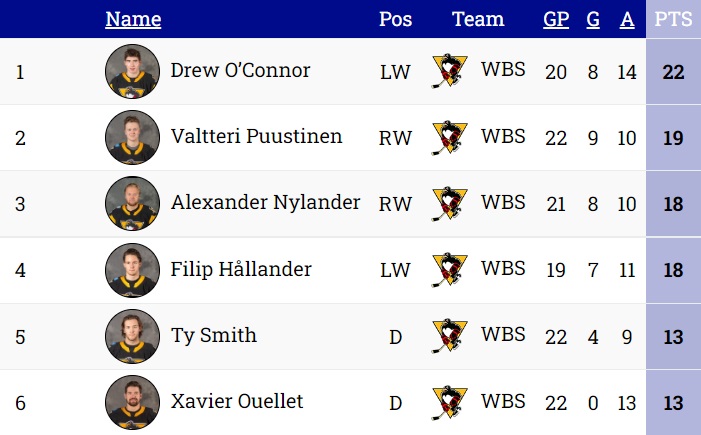