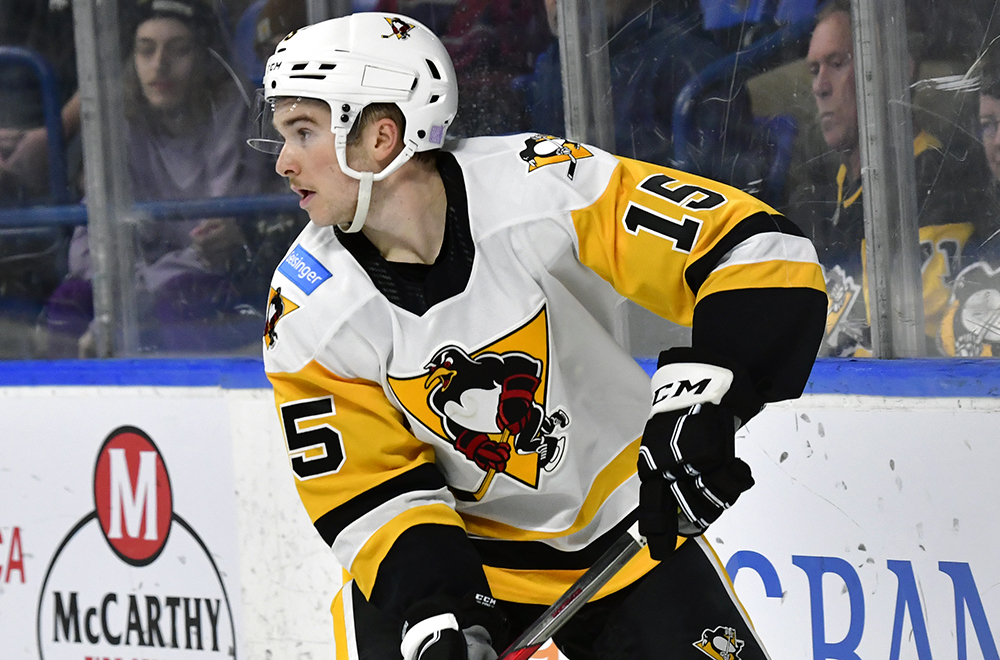 Swoyer, 24, has appeared in three games for Wilkes-Barre/Scranton this season and did not record any points in that time. In six games with Wheeling, the defenseman notched one assist and 15 shots on goal.

After leading Michigan Tech University blueliners in points for the second-straight year, Pittsburgh signed Swoyer to a one-year, entry-level contract on Mar. 28, 2022. The native of Hinsdale, Illinois suited up for five regular season games on an amateur tryout agreement with Wilkes-Barre/Scranton at the end of the 2021-22 campaign and produced no points. However, he did procure an assist when making his Calder Cup Playoffs debut for the Penguins in May.

Prior to turning pro, Swoyer played four years at Michigan Tech. In 141 games with the Huskies, he amassed 14 goals and 58 assists for 72 points.

Frasca recently made his pro debut with the Nailers on Dec. 10 in a game against the Kalamazoo Wings. The 21-year-old recorded an assist in that game, one of two contests played with Wheeling.

Frasca was signed by Pittsburgh as an undrafted free agent on Mar. 1, 2022 while he was in the midst of a career season with the Kingston Frontenacs of the Ontario Hockey League. Frasca produced athe best numbers of his junior career, including 42 goals, 45 assists and 87 points. He placed second on the Frontenacs in goals, and ranked third on the team in points.

Catch Swoyer at the Next Penguins Game

The Penguins’ next game is tomorrow, Friday, Dec. 16, against the Hershey Bears. Friday’s game is also an Eyewitness News Fan Friday, featuring select draft beers on sale for $2 from 6:00 – 7:30 p.m. courtesy of Coors Light. Puck drop between the Penguins and Bears is slated for 7:05 p.m. at Mohegan Sun Arena at Casey Plaza.