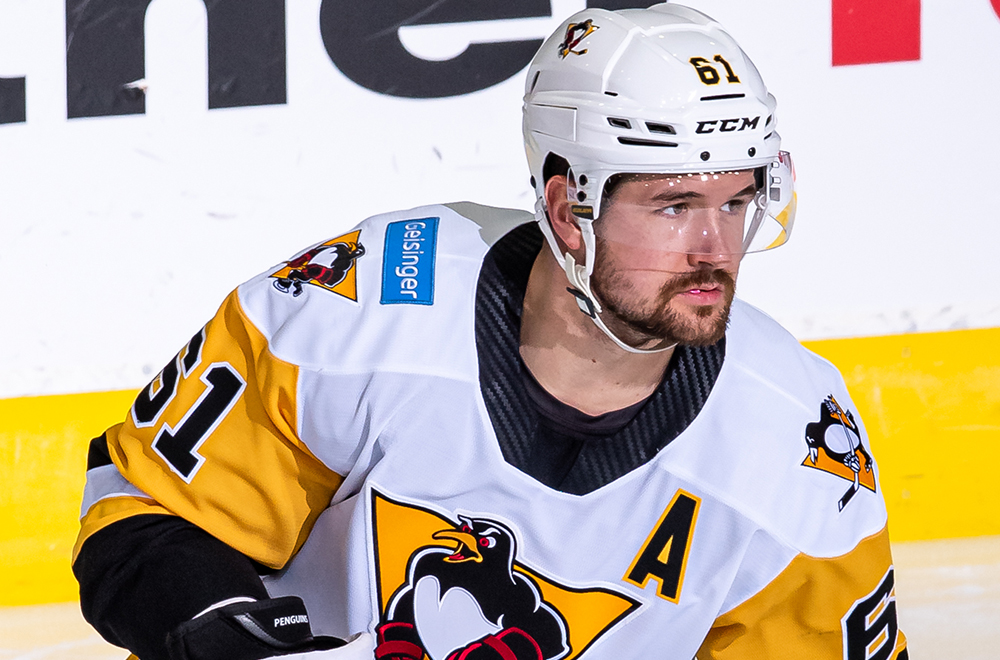 TORONTO, Ont. – The Wilkes-Barre/Scranton Penguins were cooled by a hot goalie in a 5-2 loss to the Toronto Marlies on Tuesday night at Coca-Cola Coliseum.

Wilkes-Barre/Scranton (13-7-2-2) put 39 shots on goal, but Toronto goalie Joseph Woll turned away 37 of those bids to stay undefeated on the season.

How Did He Do it?

Former Penguin Joseph Blandisi opened the scoring for Toronto, tallying in transition at 5:47 of the first period. Six and a half minutes later, Ryan Chyzowski stuffed in a rebound to put the Marlies up by two.

The second period resulted in a surplus of special teams play, with five combined power plays between the two clubs. The first of those Marlies man advantages ended up creating a series of excellent, shorthanded shoring chances for the Penguins, but Woll stopped them all.

Eventually, the Marlies’ power play cashed in. Noel Hoefenmayer had a heavy slapshot deflect off a Penguin’s stick. It even slipt past Dustin Tokarski at 12:11 of the middle frame.

Marshall Rifai made it 4-0 with another point shot that snuck its way through traffic at 15:50.

Woll was at 34 saves when the Penguins finally rifled their 35th shot to the back of the net. Xavier Ouellet let loose with a big slapshot from the blue line and blasted it past the Marlies’ netminder with 7:32 left in regulation.

Alex Nylander notched his team-leading 10th goal of the season as an extra-attacker, power-play goal with 1:50 left to go, but Toronto iced the win with an empty netter from Nick Abruzzese in the final minute.

Tokarski finished the night with 23 saves on 27 shots faced.

The Penguins continue their Canadian road trip and play their next game tomorrow, Wednesday, Dec. 21, against the Belleville Senators. Game time for the first meeting of the season between the Pens and Sens is scheduled for 7:05 p.m.

Don’t Miss the Penguins Next Game

Wilkes-Barre/Scranton’s next home game is head-to-head with the Hershey Bears, Tuesday, Dec. 27. Puck drop between the Penguins and Bears is slated for 7:05 p.m. at Mohegan Sun Arena at Casey Plaza.