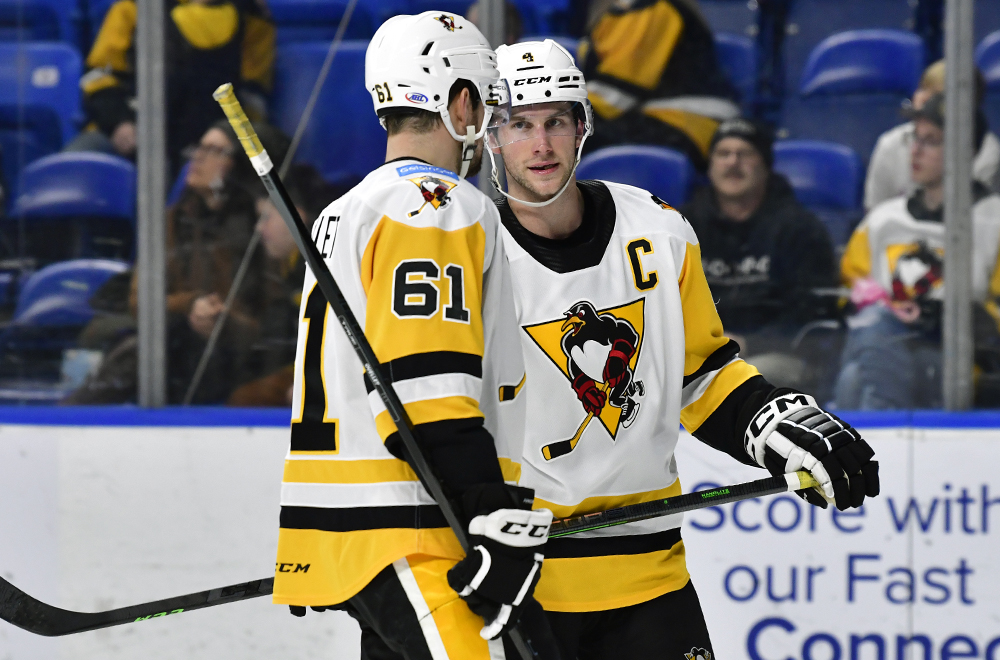 WEEKLY – Wilkes-Barre/Scranton (13-6-2-2) will line up against Toronto, Belleville, and Laval

Friday, Dec. 16 – PENGUINS 3 vs. Hershey 1
Wilkes-Barre/Scranton raced out to an early, two-goal lead with strikes from Jonathan Gruden and Tyler Sikura. Sam Houde delivered a clutch insurance marker in the early stages of the third period. Dustin Tokarski made 29 saves, but had his shutout spoiled in the last minute of regulation.

Saturday, Dec. 17 – PENGUINS 1 vs. Hershey 2 (OT)
The Bears leveled the season series at four wins apiece thanks to a pair of goals by Mike Sgarbossa. The Penguins held their annual Teddy Bear Toss, resulting in over 3000 stuffed toys being donated to charity when Alex Nylander tallied the Penguins’ goal at 18:48 of the second period.

Tuesday, Dec. 20 – PENGUINS at Toronto
The Penguins being their first and only Canadian road trip against the North Division-leading Toronto Marlies. The Marlies own the league’s second-best power play at 28.3%. Toronto captain Logan Shaw leads the team with 29 points (9G-20A), which is tied for the seventh-highest total in the league.

Wednesday, Dec. 21 – PENGUINS at Belleville
Wednesday is the Penguins’ third-ever visit to Belleville, and the team is 2-0-0-0 in its previous stops. The Senators have lost eight of their last 12 games, but Egor Sokolov has 12 points (3G-9A) in those dozen contests.

Friday, Dec. 23 – PENGUINS at Laval
A Christmas Eve Eve showdown between the Penguins and Rocket closes out the Black and Gold’s Canadian excursion. Wilkes-Barre/Scranton defeated Laval, 2-1, on its home ice back on Oct. 21. The Penguins have three native Québécois with a chance to play in their home province: Sam Houde, Nathan Légaré and Xavier Ouellet.

– The Penguins have killed 15-straight opponent power plays, and the team’s penalty kill is 89.7% in its last nine games.

– Friday will be Xavier Ouellet’s first game in Laval as a visitor. From 2018-22, Ouellet served as captain of the Rocket.

– Before Jordan Frasca on Friday, the last Penguin to receive a 10-minute misconduct in his AHL debut was Patrick McGrath (Dec. 27, 2014). 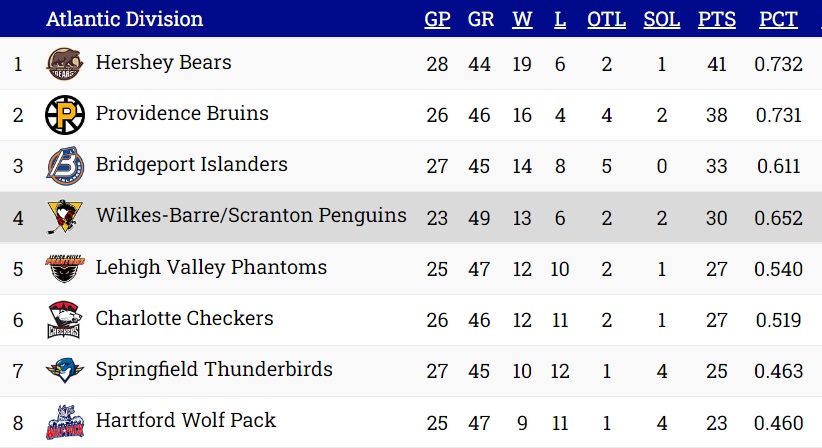 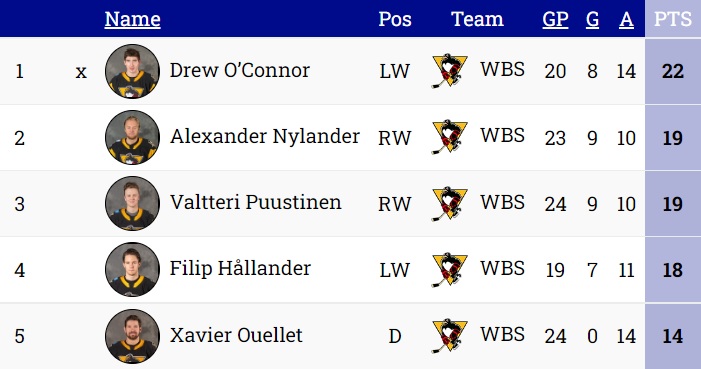