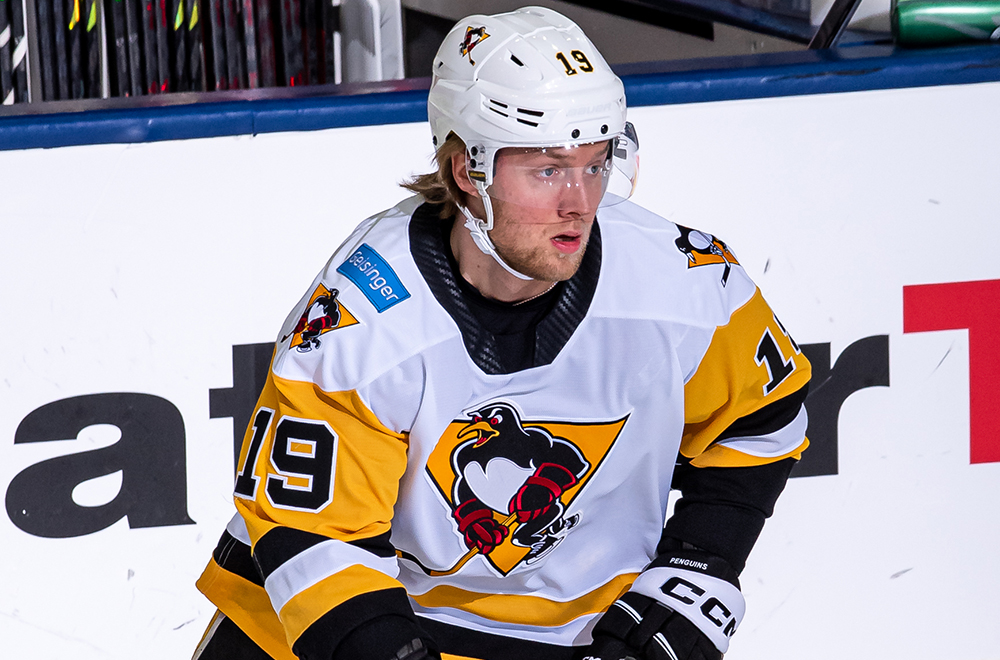 WILKES-BARRE, Pa. – The Wilkes-Barre/Scranton Penguins fought tooth and nail against the Hershey Bears on Tuesday night, but lost 2-1 in the shootout at Mohegan Sun Arena at Casey Plaza.

Wilkes-Barre/Scranton (13-8-2-3) weathered an early storm and then used its power play to pull even late in the second period. Goaltender Dustin Tokarski delivered another gem, making 38 saves in what became an overtime loss.

Tokarski faced a 15-shot barrage in the first period, but made several stellar saves to keep Hershey off the board. It wasn’t until 6:06 of the second period that the Bears beat the Penguins’ netminder. Ethen Frank placed a wicked one-timer over Tokarski’s glove during a power play to give Hershey a 1-0 lead.

The Penguins countered with their own man-advantage marker, courtesy of Alex Nylander. Nylander rifled the puck through Zach Fucale from a sharp angle to bury his team-leading 11th goal of the year with 1:41 left in the middle frame.

Neither team could light the lamp in the third period or a five-minute overtime session, so a shootout was required. Connor McMichael registered the only goal of the shootout, granting Hershey the extra point.

Fucale turned away all three Penguins attempts in the shootout after denying 24 of 25 through regulation and OT.

Catch the Next Penguins Game

The Penguins’ are back at it again on Friday, Dec. 30 against the Providence Bruins. The Bruins’ first visit to NEPA this season is also another EYEWITNESS NEWS FAN FRIDAY, with select draft beers on sale for $2 from 6:00 – 7:30 p.m. Puck drop between the Penguins and Bruins is slated for 7:05 p.m. at Mohegan Sun Arena at Casey Plaza.